Getting To Know... Coral Pink

Getting To Know... Coral Pink

Their new single 'People I've Known' is out now 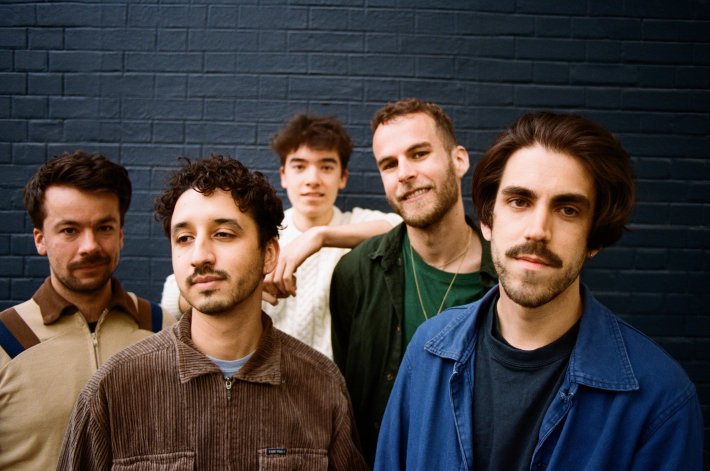 After releasing a slew of vibrant material some years ago, Paris-based outfit Coral Pink have now made their long-awaited return with the luxurious new single 'People I've Known'.

Channelling the smooth and intoxicating sound of acts like MGMT and Animal Collective, 'People I've Known' sees them return in truly spectacular form. Jam-packed with soaring aesthetic, dense textures, and some wonderfully woozy moments, this new effort shows that they are ready to crack back on in style.

So with the new track available now, we joined Max and Vic from the band to find out more about their origins and what has inspired them most over the years.

Max: Strangely, when I was like 8, after testing many instruments at the conservatoire I decided to pick the trumpet. So I guess that’s the first instrument I fell in love with. I stopped playing a long time ago and since then I’ve been mostly playing guitar and keyboard.

Vic: When I was 12, I was completely addicted to a video game. I was playing like 6-8 hours a day and it drove my dad crazy. So he decided to buy me a folk guitar so I could get obsessed with that instead and it worked!

Max: Recently there have been many. It would be hard to pick one. I think we are trying to mix many influences now. When we started Mild High Club was definitely a huge influence, it was the kind of music we both wanted to make and it brought us together.

Max: When I was in college, I used to listen to Eminem A LOT. I even sent him a DM on Myspace back in the days haha (and he replied). After that most of the classics like the doors, the rolling stones etc.

Vic: I was a big fan of Muse, I knew all the songs by heart and I even saw them live at Stade de France.

Max: Not really, my dad is a guitarist so I have always been into playing music. But when I was young we found a walkman on the floor in my hometown. We went home to listen to what was on it and that’s the first time I listened to Comfortably Numb by Pink Floyd. It was amazing.

Vic: Something up beat to get me hyped for the day! Lately I’ve been listening to Biig Piig - Feels Right.

Max: Actually, I don’t listen to that much music in the morning. I like the quietness of the morning.

Max: When we released our first four singles I just had a breakup with my girlfriend, now we are back together and we are actually getting married in June. But as you can imagine, most songs talk about her even if it’s not always clear.

Vic: A gig two years ago on a boat in Paris with a beautiful sunset and people dancing, there was really a great vibe!

Max: First gig was definitely a highlight, I was 27 years old and it was my first gig ever in a small venue in Paris. We were opening for Feng Suav, the place was super crowded. The day before was super stressful as we stopped having news from our bassist. Fortunately he was there haha I remember the crazy stress before going on stage and actually feeling good once I was up there.

Max: I used to really be into BMX when I was younger but stopped for almost 10 years. A year ago I bought a new bmx and started going back to the skatepark, it was amazing. All the memories came back. I think it could become my biggest passion again outside of music.

Vic: I’m a huge fan of football and I support FC Nantes.

Max: Hard to say haha I feel very curious about a lot of things so it’s hard for me to choose a path. Actually, when I was younger I wanted to be a filmmaker. If I had to do something else I could imagine myself making documentaries, investigate stuff.

Vic: Keep making your music and find your sound, whether people like it or not!

Max: I think the biggest advice I could give is just share unfinished songs! Don’t wait for your songs to be perfect because they may never be. Music is made for other people to listen to. You will learn much more by just finishing imperfect songs than trying to create the perfect one before releasing anything!

Coral Pink's new single 'People I've Known' is available to stream and download now. Check it out in the player below.

1 day 5 hours ago With his highly-anticipated new album dropping early next year, Miles Kane has now unveiled the n

1 day 5 hours ago Just when you think the indie-rock scene has reached peak saturation, an artist comes along and f