Getting To Know... Coumarin

Getting To Know... Coumarin

His new single 'All Night' is out now 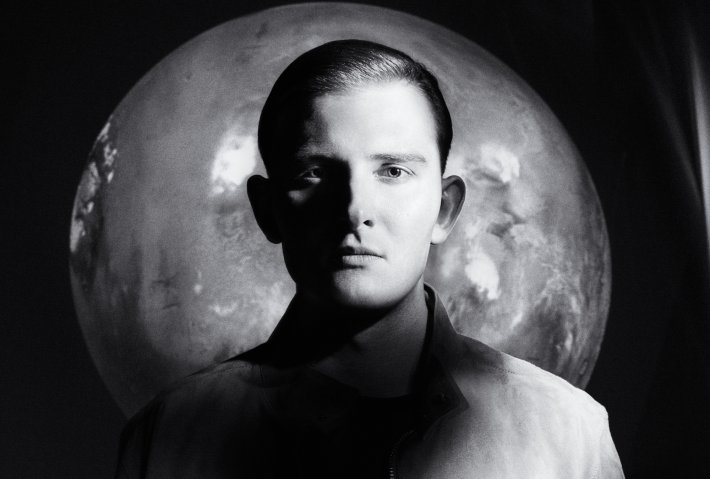 Following on from a impressive run of releases over the last few years, German singer and songwriter Andre Westerholt aka Coumarin is back to his glittering best on his latest effort 'All Night'.

Channelling a wonderfully rich and effervescent energy from start to finish, 'All Night' makes for a beautifully alluring listen. With his own warm and soaring voice layered over a bright and euphoric pop-rock production throughout, he is certainly showing his vibrant talents on this new one.

So with the new single available now, we sat down with him to find out more about his origins and what has inspired him lately.

I fell in love with drums at a very young age - beating on buckets with pens and all that hilarious stereotypical stuff included. I was around 6 or 7 years old and a drum set was too expensive for us and too loud for where we lived back then. I got the opportunity to have lessons in classical guitar for around 2 years though, which I believe paved the way for me to become a multi-instrumentalist. My dream of getting drum lessons eventually came true when I was 14!

When I got into my teen years I gravitated more towards heavy music for a while. I still am a huge Metallica fan, their music has been with me for a large part of my life and they have shaped my taste in music and the spectrum of what I now listen to. With Metallica came Oasis, then Springsteen, then Arcade Fire, Fleet Foxes, and so on.

It doesn’t seem that long ago but the first album I bought was “Hot Fuss” by The Killers, who are to this day my favourite band. It’s funny how these things work sometimes.

“You Make Loving Fun” by Fleetwood Mac. Words really can’t describe how much I love this song. It is just a beautiful song and sentiment combined with a genius production so well hidden inside a timeless composition that offers a guitar part that was decades ahead of its time. This song feels like few others do. What a masterpiece.

Not really if I think about it. I just try and let the universe do its thing when the time arrives. Inspiration is a fascinating concept. Sometimes I don’t write a new song for months, sometimes three new ideas come to me over the course of an hour.

The War on Drugs are incredible - in my book pretty much the best band to come out since I don’t know when. I’m really loving Dean Blunt’s stuff as well at the moment.

U2, no question. I still consider them to be the best live act in the world. I saw them for the first time in 2015 and it was the best concert I have ever been to. On that night their website stated that it was the longest show the band had ever played by total number of songs, amazing. 2,5 hours of goosebumps and the fans are absolutely outstanding. Camping out front 10 hours before the show, super cool people and then flipping the heck out during the show like there is no tomorrow. My voice was gone 5 songs in. What a band.

It’s basically therapy - therapy with a beautiful product that exists at the end of the journey. Being able to express myself in this art form and sharing it with other people is a beautiful thing. People can connect with it and literally carry it around with them. It can become a part of their lives, thus connecting us in completely unforeseen ways.

I am very particular when it comes to sounds and arrangements. Searching the exact right sound can drive me crazy sometimes. In some cases it’s right there, other times I need to search for it. That search can be very difficult sometimes.

It sounds corny but it’s true: To not chase trends. Follow your heart.

Coumarin's new single 'All Night' is available to stream now. Listen to it in the player below.

9 hours 31 min ago With her eagerly-awaited new remix EP landing next month, Bess Atwell has now shared the next cut

12 hours 26 min ago After an astonishing run of form throughout his releases over the last decade, South African sing