His new album 'People In Cars' is out now 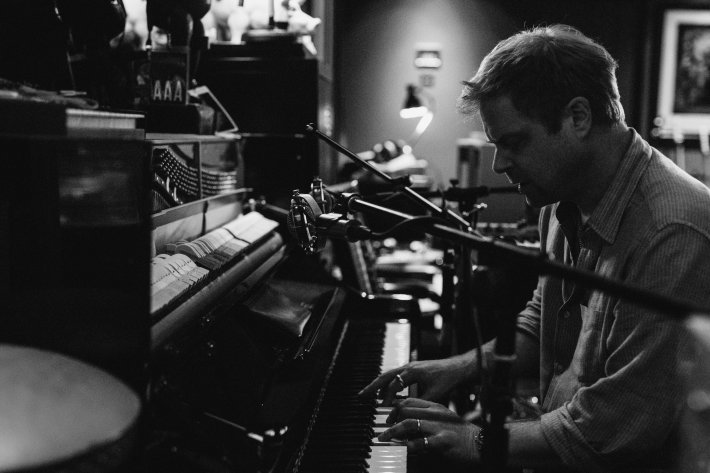 Following on from a string of captivating offerings these past few months, proficient artist and songwriter Felix Bechtolsheimer aka Curse Of Lono has now returned to deliver his shimmering new album 'People In Cars'.

Bringing back more of that warm and inviting direction he is known for, 'People In Cars' makes for an incredibly rich and enjoyable listen from start to finish. Filled with enticing textures, soaring hooks, and his own mesmerising voice at the helm, he is certainly building an incredibly vibrant world with this new collection.

So with the new record available now, we sat down with him to find out more about his background and what has inspired him most over the years.

My grandparents used to play the accordion when I was little and I'd dance and sing along. After that it was definitely the guitar. That's the first instrument I actually wanted to play. I'm very much a simple rhythm player but I still get obsessed with different guitars. My favourite at the moment is a Fender Bajo Sexto Telecaster. It's an ultra low baritone, tuned from A to A and it growls like bear.

My Dad was into Johnny Cash and Harry Belafonte and my Mum loved The Stones and The Kinks so that set me up quite nicely for what I do now. I remember people making fun of me at school when I was listening to The Beach Boys whilst everyone else was into Bros and Rick Astley. Who's laughing now haha.

The first album that I can remember owning was a Beach Boys greatest hits compilation on cassette.

Oh man. That's hard. I think either 'Going Out West' by Tom Waits or something by the Rolling Stones. 'Dead Flowers' or 'Sweet Virginia'. I think it changes all the time but those are definitely up there.

Yes. I tend to keep the words and the music separate for as long as possible. I keep a notebook with lyrical musings and I have a folder of audio clips that I add to every time I sit down with a guitar. I just collect snippets until it's time to start writing. Then I spend hours going through all the bits I've collected and I start to build the skeleton of the next record. It's a weird way of writing but it's the only way that works for me.

I get to tell my story in a way that lets other people in and I get to work with some seriously talented people.

You can lead a horse to water but you can't make it listen to your records.

Slow down. I was always in a hurry to get to the next stage. I think my career might have been more fun and potentially more successful if I'd taken the time to enjoy the view a bit more.

Curse Of Lono's new album 'People In Cars' is available to stream now. Have a listen to it in the player below.

3 hours 25 min ago With their long-awaited new album set to arrive in the coming months, Alvvays have now dropped th