Getting To Know... Dave Huntriss

Getting To Know... Dave Huntriss

His new single 'Bewilderness' is out now 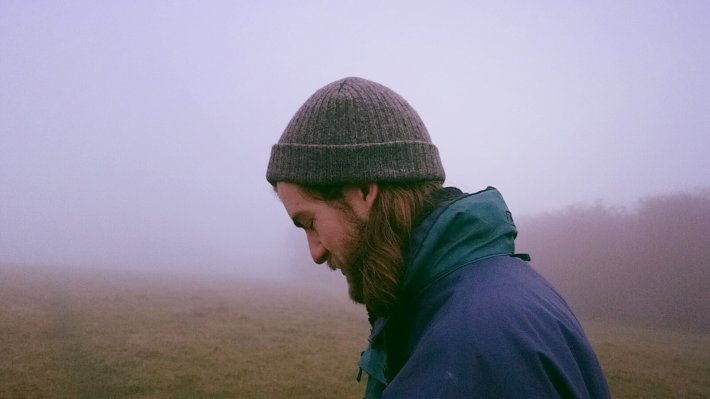 After spending the last few years releasing a breadth of bold and captivating offerings, Bristol-based singer and songwriter Dave Huntriss is back once again to share his latest effort 'Bewilderness'.

Channelling a warm and uplifting aesthetic from start to finish, 'Bewilderness' sees him capture a truly magical direction. Filled with soaring textures, warm production, and his own shimmering voice layered throughout, it certainly feels like he is set to explode in the coming months.

My Mum is a professional cellist and I grew up listening to her practising in the house. I fell in love with the sound and wanted to copy her so I had lessons up to about the age of 12. It was the first instrument I ever played properly but as a teenager I wanted to do my own thing so sadly gave it up.

Mostly classic choices for angsty 90’s kids… Blink 182, Sum 41, and Linkin Park were my best friends as a teenager, but I also went through a bit of a rap phase with the likes of Eminem and Dr. Dre. Anything that made me feel badass down at the skatepark.

‘Live In Texas’ by Linkin Park (2003) - Think this was the first full album I ever bought. I remember going into HMV with my Dad who got it for me. They didn’t have the studio albums in stock so my Dad persuaded me to buy the live album and it’s actually amazing. I had a great time learning all the raps in my bedroom as a moody teenager.

It’s not something I ever think about to be honest as if they were written by me they wouldn’t be as good! One of my all time favourite songs has to be Keep Yourself Warm by Frightened Rabbit as the lyrics, the energy, the arrangement and the build up to the song’s climax are so powerful. So I guess I’d be very happy if I could write a song that perfect, but it couldn’t have been written by anyone else.

Song ideas tend to pop into my head when I’m walking, showering, or trying to sleep - maybe just a chord pattern, melody, and a few lyrics - then they’ll develop in my head for weeks, months, or years. Eventually I’ll try to sit down and record a demo and this is when I start properly ‘writing’ by recording ideas and playing around with things. Lyrics are almost always the last thing I write. It’s a bit of a long process and not really ideal to be honest!

This year I’ve been giving myself history lessons by delving into some older bands - I’ve particularly enjoyed listening into Pavement and R.E.M. for the first time. Also I recently discovered fellow Bristol musician Rachael Dadd and her album FLUX has been on constant rotation.

I’d say The National as they’ve been my favourite band of the past five years and they’ve probably influenced my recent music a lot. They’re just an incredible live band and seem like a lovely bunch of guys. But if I could go back in time, I’d love to open for Frightened Rabbit and hang out with them afterwards.

Definitely performing. The communal aspect of playing with others, connecting with a crowd, and socialising with anyone and everyone along the way is the best. My whole family are performers and I always have been. I love writing and recording but it’s normally with a view to eventually playing live and creating a shared positive experience with lovely people.

I think that the focus for musicians, and all creatives, has shifted so much on social media. It’s no longer as simple as just releasing good music and playing live shows. You’ve got to constantly promote yourself on social media, produce tonnes of additional ‘content’ in addition to your work, and tick endless numbers of boxes just to get started and stand a chance of anyone discovering you. Just being a creative isn’t enough - you must also be a public figure, a social media expert, a video producer, etc.

Just keep doing stuff - say yes to things, give stuff a go, don’t overthink or have a rigid plan of what to achieve. I think in the creative world so much is to do with who you know and you often make important connections in the most unexpected ways. So it’s important to keep creating and releasing things that you enjoy, working with others, and saying yes to stuff regardless of whether it might instantly benefit you or not.

Dave Huntriss' new single 'Bewilderness' is available to stream now. Check it out in the player below.

14 hours 56 min ago Following up the release of her brilliant 2019 LP 'III', BANKS has now returned to share a brand

15 hours 46 min ago After cracking out a string of impressive offerings over the last few months, emerging US outfit