Getting To Know... Dean Batten

Getting To Know... Dean Batten

His new single 'Would You Like To Come In?' is out now 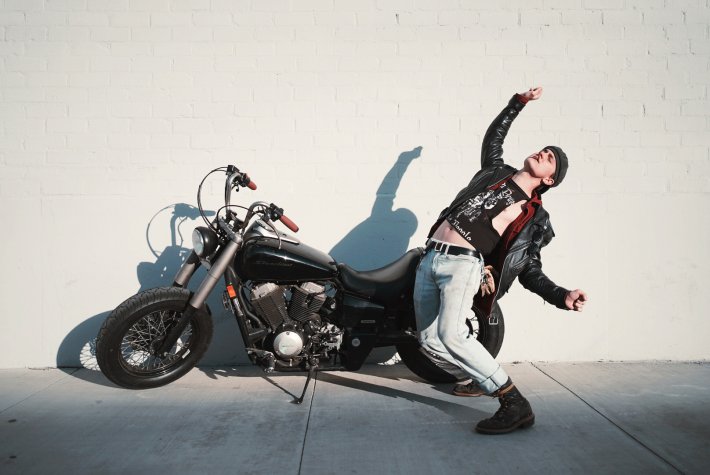 After delivering a bright and uplifting array of breezy offerings this past year, Florida-based singer and songwriter Dean Batten has now returned with his delightful new offering 'Would You Like To Come In?'

Channelling a warm and vibrant folk-pop aesthetic throughout, 'Would You Like To Come In?' makes for a wonderfully captivating listen. Filled with sweeping tones, humbled production, and his own laid-back voice at the helm, this one will melt over you and have you dreaming of long, winding road trips from start to finish.

I started out playing piano and drums but I really “fell in love” with the acoustic guitar, I think. It’s been my most consistently used instrument since I started to try it on. The vast majority of my songs have been written on an acoustic guitar; even the heavy, fuzzed-out electric ones. It’s so easy for me to make that instrument expressive, easier than any other instrument at least. I can take one with me pretty much anywhere and pluck out a tune just as well as anywhere else. I used to climb up on the roof of my mother’s house with a notepad, pen, pack of smokes and my guitar and write and play up there for hours in the middle of the night when I was a teenager.

I grew up on all kinds of music. My mother is an incredible singer, she also plays piano, flute and organ. She was a music minister in several Christian churches around Central Florida until she finally retired this past spring. She introduced me to Jim Croce and Don McLean when I was really small, like four or five. I used to sing “American Pie” in the car at that age. My dad and his brother both like southern rock and old outlaw country type stuff, a lot of Dr. Hook & the Medicine Show. I still love that band. My uncle Iceman was also into Metallica and a lot of weird biker music from the 60s and 70s, like that song “Hot Rod Lincoln” by Commander Cody & His Lost Planet Airmen. My first love that I found on my own was alternative rock like Green Day and My Chemical Romance when I was around 9 or 10 years old, followed really closely in time by the folky singer/songwriter stuff like Dylan and Leonard Cohen and Bright Eyes. It was weird, being this skinny-jeans and eyeliner emo kid in an MCR shirt who was also really into finger-picked acoustic guitar and heady poetic lyricism. My punker friends didn’t really get the soft stuff and all the people I knew that liked Dylan were from my parents’ generation who didn’t really get the whole punk rock thing I was into at that age.

The first album I ever owned myself was American Idiot by Green Day. Doesn’t exactly show up in my music now at all, but that shit blew my mind when I was nine.

The next song I have yet to finish writing. A more honest answer would be that I don’t exactly know, but probably “She” by Gram Parsons.

I used to stay up really, really late and not eat all day, just smoking cigarettes and drinking cheap booze and treating my body like hell, feeling like I had to beat the songs out of myself or some other self-destructive bullshit. I stopped all that a few years ago and the songs are still coming around just as much as they always have. I guess my ritual is that I’m always, literally always watching my mind and the world around me for good ideas or things that I feel like I should address in songs or poems. Sometimes I cobble a song together slowly out of lyric and musical ideas that come about over time, sometimes the whole damn thing jumps out in 15 minutes without any effort. Just gotta pay attention to catch them and get them down somehow before they slip away forever.

I discovered Gillian Welch in 2019 and have been listening to her music a lot, but she’s already a very well established artist. I’ve been listening to Rory Lynch, this band Others from LA, another SoCal band called Desert of Talking Shadows, some Mimi Arden/Michelle Gaw, and a lot of the same stuff I always do. The Band, CSNY, Lynyrd Skynyrd, Waylon Jennings, John Prine, Guy Clark, Townes van Zandt, Sturgill Simpson and Tyler Childers. Also Henry Rollins when I work out. I listen to music all the time. And of course Dr. Hook’s album Sloppy Seconds always finds a way into my rotation; I unironically love that album really deeply.

Alive? Anything Conor Oberst has ever been a part of. If I could pick a dead act with mostly now-dead members, I’d pick the Band.

Writing, recording, practicing, performing, promoting, making videos and other content, doing interviews about it and touring. I love the entire thing so much and cannot imagine myself doing anything else and still being interested in living past thirty.

The writing, recording, practicing, performing, promoting, making… etc. It’s time consuming and can be a heck of a burden to carry up a long ass mountainside but I honestly love it so much I even enjoy how frustrating and stressful it can be.

It isn’t so much advice about being a musician as it is advice about living. I simply apply it to music because music is my life, or at least the purpose and meaning that sustains it. It’s from a Bukowski poem called The Laughing Heart:
“Your life is your life
Don’t let it be clubbed into dank submission…”

Dean Batten's new single 'Would You Like To Come In?' is available to stream now. Check it out in the player below.

1 hour 2 min ago After delighting us with a flurry of warm and enticing releases these last few months, James Vick

1 hour 19 min ago After establishing himself with a flurry of releases throughout last year, fast-rising artist Tot