Getting To Know... Demelza

Getting To Know... Demelza

Their new single 'Would It Be Enough?' is out now 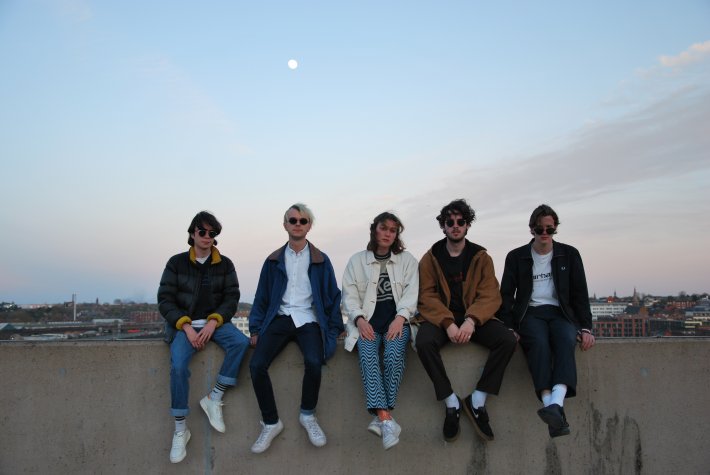 After their debut single 'Little Me' found praise from BBC Introducing, Amazing Radio, and even Easy Life earlier this year, Birmingham-based outfit Demelza are now looking to continue that initial success with their follow-up offering 'Would It Be Enough?'.

Channelling a smooth and euphoric indie-pop aesthetic from start to finish, 'Would It Be Enough?' makes for a wonderfully warm return for the group. Filled with soaring textures, killer hooks, and some beautifully enticing vocals layered throughout, it feels like these guys are set for big things in the months ahead.

So with the new single available now, we sat down with them to find out more about their backgrounds and what has inspired them most over the years.

Fred: “Definitely guitar, it’s also the only instrument I’m at any competence level at. From age 8 (ish) I had a teacher who was this American guy in his 60s who definitely fuelled my love of guitar but also rock music and shaped my relationship with music through his own passion.”

Sam: “When I was a kid I loved classic rock - Led Zeppelin and AC/DC especially. It’s not really something I’ve taken inspiration from in making music as a band, but certainly somewhere we could go.”

Fred: “For me it was by the way by the red hot chilli peppers. Still to this day I stand by it as one of my favourite albums of all time. John's great guitar tone and riffs are really present and the songs all sound very distinctive but cohesive.”

Louis : “Street Spirit (Fade Out) by Radiohead would probably be my choice. It's a fairly simple song but the guitar riff is beautiful and the haunting vocals really make you feel a certain way. The song constantly builds and builds and, as always with Radiohead, I think it's really cleverly constructed. Recently I've heard it in a very tense scene in The Handmaid's Tale and I couldn't imagine a more perfect song. It's really a listening experience and that's what I think would be the most rewarding outcome to a song you have written.”

Cherry: “A lot of the lyrics I write have to come from personal experience so the majority of our songs are about something either I or the boys have experienced. For my 20th birthday, my mates got me a notebook with a post-it inside that said ‘for all your songwriting’, so whenever I want to write, I sit with my notebook and just ramble on about something that’s been on my mind, and sometimes a song comes out of it. It’s usually a very collaborative thing - someone will have lyrics, another will have a cool riff, then we just improvise until we get somewhere. Fake it till you make it I guess haha.”

Louis: “At the moment, I've been listening to a mixture of Stromae, The Technicolors, Fontaines DC and Nunodream. It's quite an eclectic mix but I feel like I need that variety, which really helps with songwriting ideas. I also spend a lot of time listening to my discover weekly for the same reason, to listen to artists you might never have come across otherwise.”

Sam: “It has to be Wolf Alice - they’re a band I’ve taken a huge amount of inspiration from as a guitarist and a band I’d love to meet.”

Cherry: “For us, playing gigs has been an excuse to get all of our mates in one place at the same time - seeing so many people you love all together and enjoying themselves because of a show you’ve put on and worked so hard on is definitely one of the best parts (particularly in the year we’ve all had). Since having ‘Little Me’ out the crowd have started singing along with me, I remember hearing them for the first time and just laughing. I guess I never really imagined myself in that kind of situation, it was really surreal.”

Fred: “Obviously lockdown was frustrating not being able to play together and create anymore, and that first day back in the rehearsal studio was really special for all of us. It’s also frustrating but important to have patience with it, and if you give something you’ve created time to develop it will end up being far better than you imagined it would.”

Sam: “Don’t spend too much money on pedals. I didn’t listen.”

Demelza's new single 'Would It Be Enough?' is available to stream now. Check it out in the player below.

Demelza · Would It Be Enough?

15 hours 22 min ago With their highly-anticipated new album now just days away, LUMP have dropped the final cut to be

16 hours 16 min ago After spending the last last year releasing a flurry of warm and enticing cuts, LA-based duo Skyc