Their new single 'Good Day' is out now 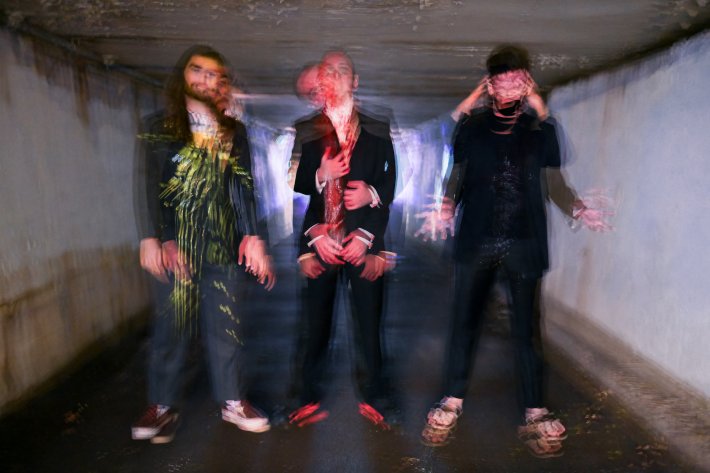 After cracking out a string of impressive offerings over the last few months, emerging US outfit Distopia are back once again to bring some sunshine to our lives with 'Good Day'.

Channelling a bright and uplifting direction from start to finish, 'Good Day' makes for a wonderfully inviting listen. Filled with soaring harmonies, killer hooks, and some truly enriching songwriting, these guys seem set for big things in the coming months.

So with the new single available now, we sat down with frontman Alex Silver to find out more about his background and what has been inspiring him lately.

The first instrument I fell in love with was guitar. My dad put it in my hand when I was probably 2 years old. There's some very fun videos of me (trying) playing “Hey Bull-Dog” by The Beatles when I was barely three.

Definitely classic rock. Bands like The Beatles, The Stones, The Who, and Led Zeppelin were the biggest reason I got into music.

The first album I remember owning was actually “The Singles Collection” which was a compilation of singles by The Rolling Stones. If you’re talking about real albums, it was probably The Beatles’ “Yellow Submarine” or something like that.

Wow, crazy question. I know these are very different types of songs but I’d probably say either “Lithium” by Nirvana or “Strawberry Fields Forever” by The Beatles. But it's good I didn’t write them, they did it better than I ever could.

No, not really. Sometimes the song starts with the melody, sometimes a lyric idea or sometimes with a rhythmic idea. I just try to be open to anything, put the least amount of limitation on “the process” as I can.

I’d like to shout out some new artists I’ve been really fucking with. Cowboy Destroy, Aeneas, Isaac Zale and Ben Beal. Others include Dominic Fike, Kanye West, Nirvana, and The Rolling Stones.

Well, a band like Nickelback would be the easiest one to open for. So I’ll go with them.

The playing music part isn’t half bad, I’ll go with that.

I never feel like I’m as good as I want to be. I’m sure a lot of musicians and artists can relate to that.

Be honest with yourself. Don’t start making/playing a certain type of music because you think it’ll make you more popular or make more money. Too many people do that. There will always be the people who do that. Be honest because being a “musician” is the greatest tool to express yourself with. So yea….be honest and always try to get better I guess.

Distopia's new single 'Good Day' is available to stream now. Check it out in the player below.

6 hours 3 min ago Following on from the enormous success behind their recent comeback single 'Cloud 9', which has s

1 day 9 hours ago After delivering his much-loved EP 'Back Then' earlier this year, LA-based artist Friends Don't D