The artist's new single 'Ammo' is out now 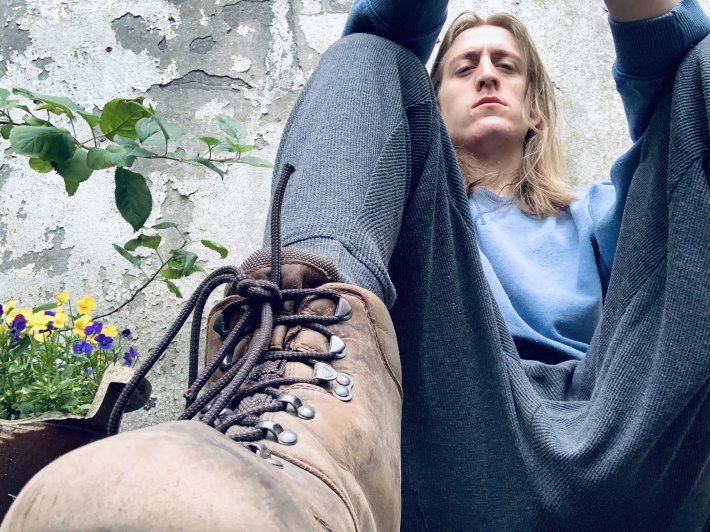 As an artist that always hopes his music will bring peace and inspiration to the world, emerging singer and songwriter Donnie Wilde has a strong message to share on his latest single 'Ammo'.

Influenced by the killing of Sean Bell who had over 50 bullets fired into his car on his wedding day, resulting in his losing his life, 'Ammo' is a companion to the current wave of sympathy shown to those who have suffered at the hands of police brutality of late. With its soft and sombre tones throughout, all revenue from the new single will be donated to Stop Hate UK, one of the leading national organisations working to challenge all forms of Hate Crime and discrimination in the UK.

So with the new song available now, we sat down with him to find out more about his background and what has inspired him over the years.

The first instrument I fell in love with was an M-Audio keystation 61 midi keyboard. It was mind blowing to me that I could plug it into a computer and be able to use it to play so many different instruments from orchestral type sounds to drums, pretty much any instrument you can imagine. I always thought that keyboards could only be used for piano up until that point!

The most prominent inspiration behind my music so far is for my latest track Ammo – it’s influenced by the killing of Sean Bell who had over 5o bullets fired into his car on his wedding day. It draws on the current state of affairs with police brutality against black people being needlessly killed and persecuted.

I loved a lot of urban music as a teenager, particularly hip-hop legends like 2pac and Biggie and other UK rap artists like Dizzee Rascal and N-Dubz who were big when I was in my teens. I also had a bit of a guilty pleasure for a bit of Robbie Williams.

I love telling stories through music, sometimes I write about my own feelings and experiences and other times I like to imagine myself as a different person telling a story from their perspective. I also find making music is like a therapy that helps me to express emotions that are sometimes hard to put into words.

Some of my favourite artists of the moment are Billie Eilish, Kodak Black, Tame Impala, Pearl Jam and Otis Redding.

I have a lot of unreleased material about people in my life that I hope will see the light of day sometime although the people who the songs are about will hopefully never know that the song has been written about them unless it’s something positive!

I played in a band a few years ago and our drummer had a very clingy girlfriend who he used to have to ask permission when he was allowed to rehearse. He would also bring her to all of our rehearsals which we found pretty funny. Although all the laughing was admittedly behind her back as she would have murdered us instantly if she knew.

I think it would have to be Neil Young, he’s such a music legend!

I would have liked to have been a Passenger pusher on the Tokyo subway helping to cram passengers into the train during busy hours.

Probably the best advice I have received is to learn covers and study as many songs as you can to learn about the song writing techniques of your favourite artists.

Donnie Wilde's new single 'Ammo' is available to stream and download now. Have a listen to it in the player below.

1 day 8 hours ago Following up the release of their much-loved EP 'Happy Days!' from earlier this year, The Ninth W