Getting To Know... Douglas McGuire

Getting To Know... Douglas McGuire

His new single 'Island' is out now 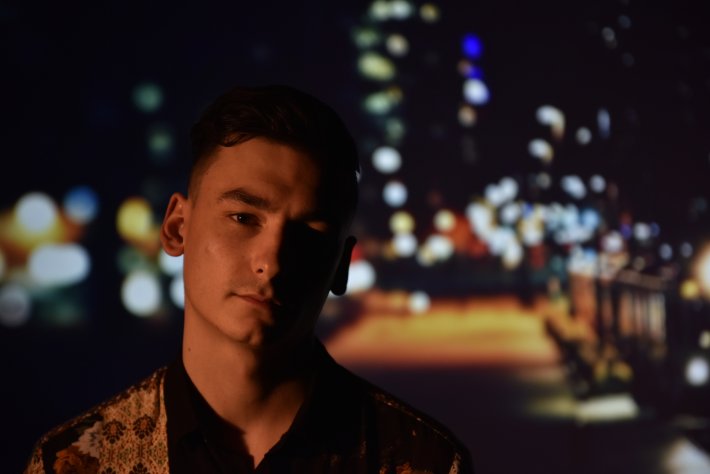 After captivating us with a broad array of breezy offerings these last few months, France-based but UK-born singer and songwriter Douglas McGuire is back once again with his enticing new release 'Island'.

Linking up with Grammy award-winning engineer James Auwarter of Coda Room Audio (Kanye West, Rhianna, Jay-Z, amongst others) for the release, 'Island' makes for a wonderfully rich and tranquil return for the artist. Swimming in smooth and luxurious tones, alongside his own shimmering voice, this new effort looks set to serve him very well in the months to come.

So with his new single available now, we sat down with him to find out more about his origins and what has inspired him most over the years.

I started playing guitar when I was 12 years old, and have continued playing ever since, gradually moving from electric to acoustic. I’ve dabbled in other instruments, but guitar will always be my main thing.

Like most kids, I listened to whatever my parents were into as I grew up! If I had to name some of the biggest influences from childhood, I’d have to say George Michael, Madonna, Lynyrd Skynyrd, to name a few.

Green Day – American Idiot is one of the earliest I remember. Also, Demon Days by Gorillaz, which is an amazing album.

Whenever I think of this, the one song that immediately pops into my head is Somebody Else by The 1975. Really amazing songwriting and melody, and the production is next-level.

I always start with the chords, and then normally the structure… from there I go wherever, sometimes I’ll start with writing the chorus, sometimes the bridge, but either way, usually, the very last thing I write is the vocal melody and lyrics.

Tew the Kid, an amazing French rap/R&B artist is up there with my most listened to artists right now.

I’ve always thought opening for Post Malone would be very cool, but also, I can’t not mention The 1975!

I think it’s really important to develop an identity as a musician. Developing my own techniques for rhythm and fingerstyle is what makes my guitar playing mine. Similarly, with lyricism, and songwriting in general, if people can say ‘Oh that’s definitely a Douglas McGuire song’ then that’s something really special. It’s like having an unmistakable creative fingerprint, and finding and developing this is really rewarding.

When you hit a wall. When you’re really struggling to come up with something, it can be very boring and frustrating… just playing the same chord progression over and over, and never being able to come up with the right melody, it drives me crazy.

The best thing artists can practice is objectivity. It’s so difficult to be unbiased when judging yourself, but it really is great advice if you want to write your very best music.

Douglas McGuire's new single 'Island' is available to stream now. Check it out in the player below.

21 min 28 sec ago After impressing so many with her brilliant EP 'How It Feels' last year, Liverpudlian newcomer Zu