Getting To Know... Drew Thomas

Getting To Know... Drew Thomas

His new single 'Vultures' is out now 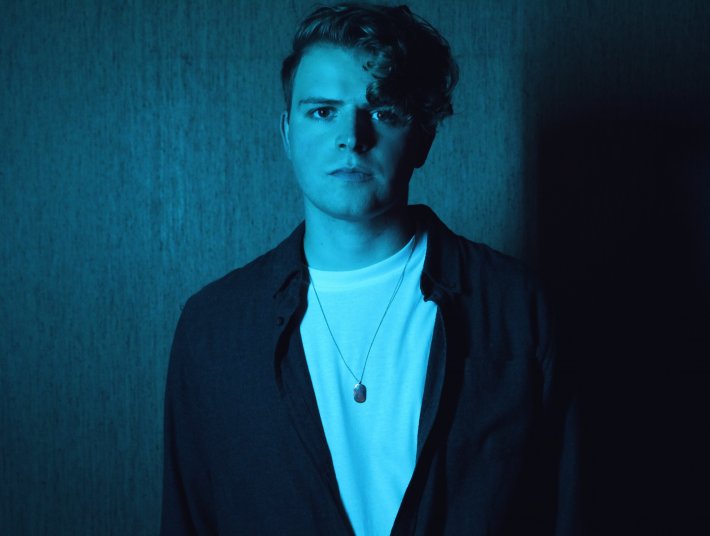 Following on from the release of his highly-praised EP 'EARLY HOURS' earlier this year, which has since garnered hundreds of thousands of streams since its release, London-based singer and songwriter Drew Thomas is back to deliver his anthemic new single 'Vultures'.

Bringing back more of that bold and driven indie-rock sound he is known for, 'Vultures' makes for an incredibly captivating comeback. Filled with blistering hooks, hardened pace, and irresistible chorus to boot, it feels like there is no stopping this guy right now.

So with the new single available now, we sat down with him to find out more about his background and what has been inspiring him most of late.

The first instrument I really fell in love with was piano when I was about eight years old, although I probably didn’t appreciate it properly until I was way into my teenage years. My mum bought a secondhand Boyd upright piano and I always thought there is something really special about the sound. I also remember it being the first instrument that I could ever play and sing with at the same time (it still probably is haha!)

I used to be obsessed with the Top 40 every week on Radio 1 and it really influenced who my favourite artists were at the time. It became a religious thing every week to guess who’d be number one and it was just before Spotify kicked in so buying music still felt like a proper investment. Looking back, some of my favourite bands now are ones my mum used to play in the kitchen too - Fleetwood Mac and the Monkees in particular.

I think my first tape was probably Justin Timberlake - Cry My A River, but my first proper CD album was T.Rex and Marc Bolan Greatest Hits (I blame the film Billy Elliot). I think that album alone sparked my love for classic pop/rock music and the music I’m writing today.

Definitely either Go Your Own Way by Fleetwood Mac or When You Were Young by the Killers. Those songs never get old and really sum up what a timeless anthem is.

To me, the best ideas always seem to come at the most unexpected times so it’s not rare that I have to run out of a room and voice note an idea that has come to my head. Writing is a really cathartic process for me, so when I’m writing my own music especially, it feels like a stream of thoughts to get something off my chest, which then results in a song.

Artists like Bon Iver and Flyte are always on repeat but recently I’ve been a huge fan of a new artist called Holly Humberstone who is absolutely smashing it. She’s from the same town as me and her song-writing and vocals are so refreshing and cool.

It would be a toss up between The Killers and Taylor Swift. I have absolutely no shame in saying I am a huge fan of the latter!

The most rewarding aspect for me is definitely the live shows and the audience response when you play a passionate set. I didn’t realise how important playing live was for my mental health until the pandemic hit, and although live streams have been an amazing way to continue sharing new music, nothing beats the real thing.

I think as much as social media is an amazing tool for connecting with people, sometimes I can’t help constantly comparing myself to other artist’s successes and it can become quite poisonous for my own creativity. I’ve always been really passionate about music and have worked really hard for any results I get so it’s difficult not to get down on yourself when your success is judged by how many likes and followers you have.

That’s a tough one, but the first one that comes to mind is a quote which really made me think about why I’m doing music. “Music for the heart, not the chart” - the more I read it, the more sense it makes!

Drew Thomas' new single 'Vultures' is available to stream now. Check it out in the player below.

1 hour 59 min ago Having spent the last few years building up his repertoire of sweet and sweeping delights, US sin