Her new EP 'What We Gonna Do?' is out now 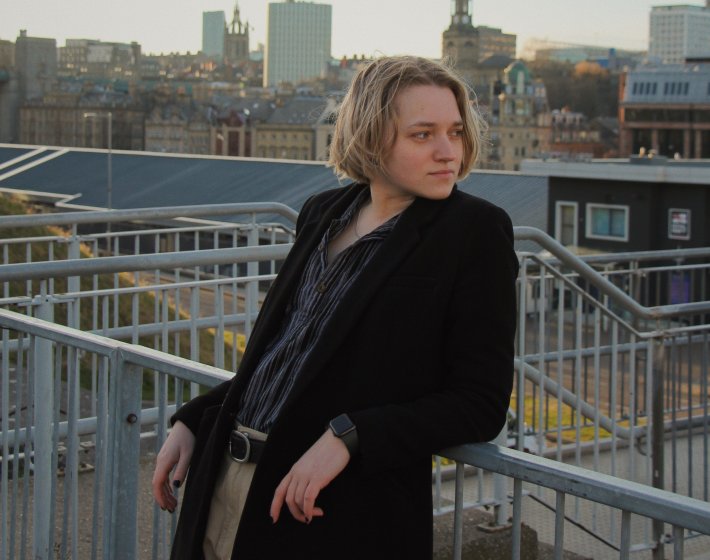 After spending the last year releasing a rich and diverse array of lo-fi offerings, Lithuania-born but Newcastle-based singer and songwriter Ecota has now released her long-awaited debut EP 'What We Gonna Do?'

Channelling more of that smooth and breezy dream-pop sound she is known for, 'What We Gonna Do?' makes for a wonderfully warm and intoxicating listen. Filled with humble tones, uplifting production, and her own charismatic demeanour focused throughout, her new collection is a sheer slice of melancholy gold.

So with the new EP available now, we sat her down to find out more about her background and what has inspired her most throughout the years.

I think piano, because it was the first instrument that I was introduced to when I was about 5 years old. That was the age when my mom decided that I have to go to the music school and learn piano and theory.

When I was about 7-8 years old, my older sister showed me lots of songs by Prodigy and Pendulum and I was mostly listening to this kind of stuff. And after this, I found bands like Placebo and Arctic Monkeys at the age of 12 and fell in love with them and they are still a huge influence for me even now.

All my childhood my parents were collecting CD records by all kinds of bands, so it was not something new to me. But I have a bright memory of buying my first vinyl, it was “WALLS” by Kings of Leon.

It is a hard question for me as there are many songs like that. But I think “Uptown Folks'' by DOPE LEMON is one of them. It feels like there’s so many things in this song that are connected to me both musically and lyrically. Or maybe “Moonage Daydream” by David Bowie because the energy of this song is really strong, I have goosebumps every time I listen to it.

It depends on the mood. Most of the time, I just start jamming on guitar and playing complete nonsense until I come up with something cool and then I record it straight away before I forget it.

My dream was always to open a show for Placebo. Also, I think artists like girl in red, Harry Styles and basically all the queer artists that you can ever think of.

The most rewarding part is being able to express yourself through music and know that there are people that also think this way and support your thoughts.

The most frustrating part is that it is hard, especially in the beginning, to find those people who would listen to me or for them to find me. In this period of time, it is the most important not to give up and work harder to achieve all your goals.

Not to give up and stick to your visions of music because one day you will find people who will love your sound. Just do what you enjoy, otherwise, it won’t make you happy and enjoying what you’re doing is the most important thing while doing anything in your life. The moment when you will know that you are good at what you’re doing, people will start to appreciate it and it would be much easier to become bigger.

Ecota's debut EP 'What We Gonna Do?' is available to stream now. Check it out in full via the player below.

Ecota · What We Gonna Do?

10 hours 59 min ago With her eagerly-awaited new album arriving in the coming months, Martha Wainwright has now dropp

6 hours 19 min ago With the likes of BBC Introducing and Radio 1xtra praising her work over the last few months, Man