His new single 'Lost Control' is out now 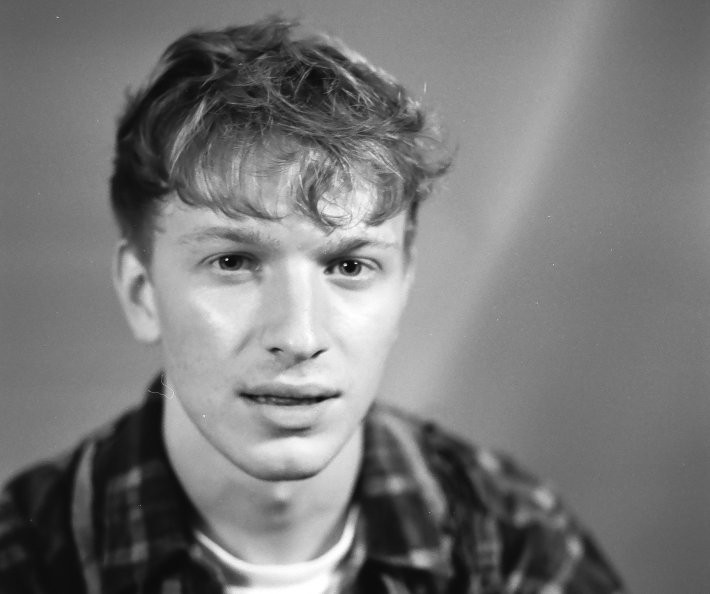 After delivering a batch of fresh and exciting cuts over the last year, Swindon-based artist Edenhill is back at it once again as he drops his latest glittering effort 'Lost Control'.

Lifted from his forthcoming debut EP, which is set to arrive soon, 'Lost Control' sees the emerging singer and producer returning in fine form. Channelling a distinctly 80s-inspired synth-pop vibe this time around, this new offering is a strong and captivating release, brimming with confidence and flair.

For me, It was the guitar. My grandpa expressed how keen he was for me to learn the instrument before he died. It’s how I first learned how to express myself and, to this day, I feel most able to be myself when playing it.

Now I listened to way too much Justin Timberlake and Destiny’s Child. But, just to appear a little bit cooler, I also listened to a lot of Paramore, My Chemical Romance and Foals.

I think it was Fall Out Boy’s ‘From Under The Cork Tree’. I was a wannabe skater kid who only ever learned how to ollie.

What is the one song you wish you could’ve written yourself?

Peter Gabriel’s ‘Sledgehammer’. I’m sure people expect something like a Beatles or Radiohead song or something quite cool, but ‘Sledgehammer’ ALWAYS hits for me. I’ve listened to it for years and it’s the one song I’ve never gotten bored of.

Do I have any rituals when writing a song?

I wish I did, maybe then I’d have a number 1. I would be open to considering a ritual of not getting out of bed and watching Netflix while writing… that I could get on board with.

At the moment, I'm listening to a lot of Holly Humberstone, Griff, Charli XCX and Baby Queen. There’s so much I can say about these artists, but they’re all writing some of the best pop music at the moment, in my opinion.

The 1975. Easy answer. If I EVER get to play my music to them, I have legitimately completed life.

Having someone say that my music has affected them in some way. But, also the way it allows me to express my feelings and emotions in positive ways.

What do you find the most frustrating part about being a musician?

The hundreds of hours, love and emotion that gets put into making a song that may never even be heard.

What is the best piece of advice you’ve received as a musician?

You’ll never be as good as the person you’re trying to imitate, but equally they’ll never be good at imitating you either. So, just be you and know that, that is enough.

Edenhill's new single 'Lost Control' is available to stream now. Check it out in the player below.