Getting To Know... Egon

Getting To Know... Egon

His new single 'Space To Breathe' is available to stream now 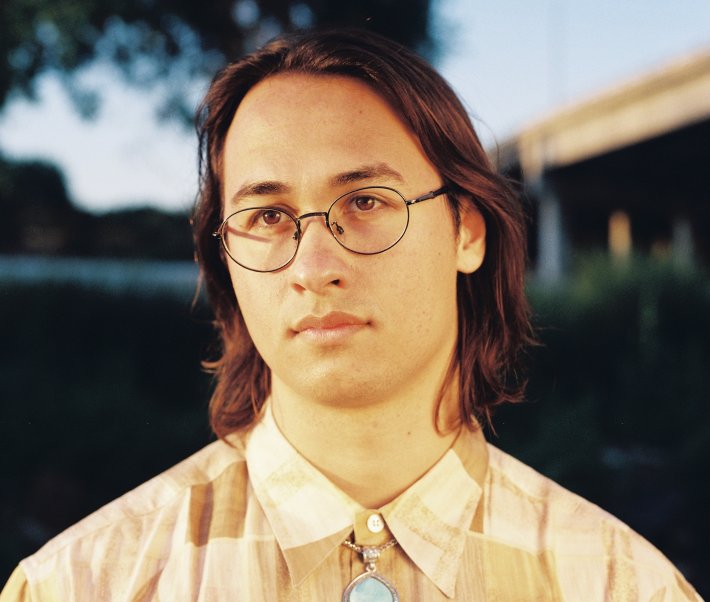 After spending the last few years releasing a flurry of fresh and dynamic offerings, LA-based producer and artist Egon recently returned with his captivating new single 'Space To Breathe'.

Channelling a bold and adventurous direction from start to finish, 'Space To Breathe' makes for a wonderfully exciting listen. With its broad and pulsing production, sweeping atmosphere, and his own shimmering voice layered throughout, he has certainly found a sound he can call his own here.

The first instrument I fell in love with was the double bass, though I wouldn’t say it was love at first sight. When I was seven or eight years old, my sister started taking piano lessons. Her tutor also happened to teach double bass via the Suzuki method. I had no interest in the bass at the time; in fact, I remember wanting to learn guitar instead. But my mom didn’t want to leave me alone at home when she took my sister to her lessons, so we made a compromise. I would begin to learn double bass in exchange for a new video game. Spoiled? Maybe. Crafty? Definitely.

Years later, I’m grateful that my mom pushed me into it, as my double bass has become both a means of expression and a source of great comfort. It has also been the gateway to all of my musical ability.

After being born in Los Angeles, I spent much of my childhood and adolescence growing up in Singapore. I grew up with a bunch of other American expat kids, and it always felt like we were peering across the Pacific trying to figure out what was happening musically in our supposed home country. Most of what reached me was pretty mainstream. The first band I became obsessed with was Green Day. From there I moved on to Linkin Park and a bunch of the late 2000s pop-punk music. At some point along the way I went deep into Radiohead. Discovering Eminem was a watershed moment. Through him I began to learn about hip-hop and started to really do my homework on the genre and its history. Towards the end of my high school years I fell in love with the Red Hot Chili Peppers. As I headed off to college I was keen on dance music.

My first album was Green Day’s American Idiot, and it was the only album on my little pre-iPod music player for at least a year. It actually got to a point where my dad voiced concern that my non-stop listening to the album would make me snap. Fortunately, that never happened, though things did get a little wild when I auditioned for my 5th grade talent show singing “Boulevard of Broken Dreams”—complete with a ripping air-guitar solo.

I found the album shortly after my family moved from Los Angeles to Singapore. Growing up in Singapore was really difficult for me initially as I struggled to adjust to a new school and a new culture. The dystopian stories about America that they tell on that album somehow made me feel connected to what was still my home at the time. I felt like I was learning something about the country I was from, and this gave me comfort, even if it wasn’t a particularly positive lesson. Plus, they really appealed to my pre-teen angst.

This is a rly hard one! I’m trying to think of a song I was really obsessed with growing up. One that pops out which still resonates with me is “Nude” on Radiohead’s In Rainbows. This song blew my mind when I first heard it with the way the instrumental progresses and how the vocal, which is incredibly simple, soars and glides through it all. I remember being on a school trip to Thailand in 10th grade, trying to get my friend to listen to it on my little Apple earphones over the roar of a fishing boat engine. The song still gives me goosebumps.

I always try to spend some quality time journaling stream-of-consciousness style on whatever topic I’m writing about. During this stage I really try to dig for personal experiences to help me understand how I relate to the subject. With all of my songwriting, I try to be as vulnerable as possible, and this process helps me connect with myself.

I try to make a new playlist every month. This month (June), I have the new Mykki Blanco and Blood Orange collab, the new Peggy Gou and OHHYUK, Tirzah, and a bit of Dean Blunt’s Black Metal 2.

I love everything Dev Hynes does and his whole approach to music and artistry. He’s one of my key inspirations. Opening for Blood Orange would be a joy.

Exploring and understanding your own identity and how it relates to your expression and the space you occupy in the world. Making music is a very personal process for me, and I feel like in doing so I learn a bit about myself each time. I think that when I started making original music, I finally understood for the first time what it meant to be myself.

There are always frustrating things in the day-to-day experience of any passion or pursuit, but when it comes to making music I’m honestly just grateful to be in a position where I can focus my energy on pursuing my creative ambitions.

I have had the privilege of the guidance of many wonderful mentors on my journey. Really, the best advice I’ve received is the advice my parents, both artists themselves, have given me, which is to pursue what I love.

Egon's new single 'Space To Breathe' is available to stream now. Check it out in the player below.

8 hours 25 min ago With his highly-anticipated new album dropping early next year, Miles Kane has now unveiled the n

8 hours 18 min ago Just when you think the indie-rock scene has reached peak saturation, an artist comes along and f