His new single 'Dancin' On The Lawn' is out now 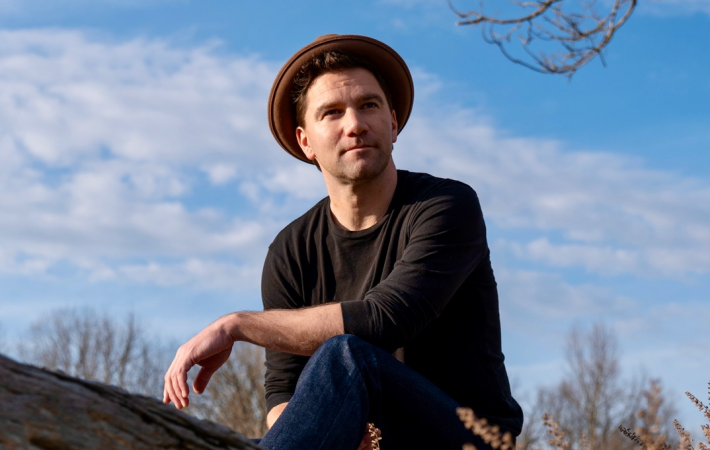 Having already made a huge impression with a string of releases over the last few years, fast-rising singer and songwriter Eli Lev now returns with his latest upbeat bop 'Dancin' On The Lawn'.

Channelling a warm and breezy dream-pop direction from start to finish, 'Dancin' On The Lawn' makes for a wonderfully fresh and uplifting offering. With its smooth and sweeping aesthetics, layered perfectly against his own laid-back vocal performance, be prepared to be humming this one long after you've first heard it.

The native flute. I discovered the instrument when I was a student teacher on the Navajo Nation when I stopped by a roadside craft stand near Monument Valley, Arizona. The simple design, portability, and pure expression that it allows is unmatched by any other instrument I’ve encountered, and I wrote a song called ‘Treason’ just so I could bring the flute into the studio with me to record!

New Kids on the Block, MC Hammer, and U2.

Radiohead - The Bends. I remember thinking to myself - how is he singing exactly what I’m feeling right now?

All I Want For Christmas Is You - which somehow becomes a #1 hit every year...

I mostly just try to stop thinking. Whenever I just ‘listen’ and go in instinct mode, that’s when the magic happens. I can’t explain it, but I know that’s the musical mindset I need to be in to create songs and lyrics that I can deeply connect with and want to perform live over and over again.

The fact that it would still be possible to open for Bob Dylan in 2021 is mind blowing. That would be a dream.

Connecting with humans. Whether it’s a livestream, or a social media post, or an in-person live show - sharing a song or a performance with someone (or many someones) is the most incredible thing about creating music, and makes me want to sing and write songs forever.

As an independent artist, it’s all on me to build the business, create a community, book the tour, set up the marketing, and do all the things a record label used to do in the old days. It has been kind of fun to figure all those things out, but it would be pretty sweet to just create and sing music all day!

“The only time you fail as a musician is when you quit - so don’t quit” - some guy in a bar between cover sets at a four hour gig in Virginia in 2017.

Eli Lev's new single 'Dancin' On The Lawn' is available to stream now. Check it out in the player below.

11 hours 23 min ago With his highly-anticipated new album now just a few weeks away, Sam Fender has returned to drop

6 hours 23 min ago After delighting us with a flurry of rich and enticing offerings over the last year, Manchester-b