His new single 'What You Do To Me' is out now 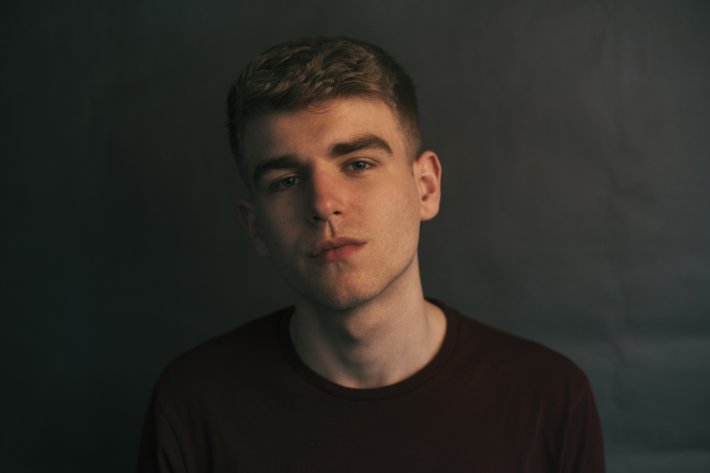 Having already impressed so many with a flurry of bold and enticing anthems over the last year, Dutch producer Elliot Fitch is now capping off his 2021 with the vibrant new gem 'What You Do To Me'.

Taking influence from the bright and piano-led texture of the classic house sound, 'What You Do To Me' makes for a refreshing listen from start to finish. With its fresh and driven atmosphere, soaring hooks, and catchy vocals layered throughout, he is certainly set for big things in the months ahead.

So with his new single available now, we sat down with him to find out more about his background and what has inspired him most over the years.

Well.. I have to be honest and I don’t play any instruments myself. I taught myself producing using FL studio instead, so I’m now talking mostly from a listener's perspective. Still this is definitely a very hard choice haha! But, if I have to choose, I think the piano. I love pianos because they are so versatile. Besides a beautiful tone, pianos are great to express a wide range of emotions. This for me is a key factor in good music. Moreover, it is such a powerful instrument that you can write whole songs with it, simply by only using a piano. There are not many instruments which have that capability. As a result, it is not a surprise that the piano is a key element in almost every genre: from classical pieces to jazz, to rock, pop and dance, a piano always fits. That’s why I love it the most.

A lot of different genres. I really liked to listen to music as a kid, but I didn't really have one specific genre that I loved, as I listened to all kinds of music (often which I heard from my parents). For example, my parents always used to play Jazz albums from Gare Du Nord, which I really loved. Besides jazz, I was a big fan of hip-hop/pop bands such as Black Eyed Peas. At the same time, I also started to listen to electronic music as well, such as the first albums of DJ Tiesto and Fedde Le Grand. When I was in high school, I started listening to hip-hop more, with Kendrick Lamar’s albums such as good kid, m.A.A.d city, being my favorite. During these times, I started producing music, sparking my interest in electronic music more and more. At the same time, I started listening to the compilation CD’s from Defected and Toolroom Records, which really had a big influence on me music wise! I think these compilation cd’s were the first which really let me fall in love with house music. From there on, I started to explore house music further and today, here we are haha!

Oof, that is quite a long time ago, but I think that it is Monkey Business from Black Eyed Peas. I used to be a big fan of them when I was like 8/9 years old. Playing their number one hit ‘Pump it’ on my stereo set while playing Need For Speed on the playstation. Those were the good times haha!

Strings of Life from Derrick May. Those chords and strings always hit. I remember driving in France with my parents when we were on holiday. Back then, I bought some Defected compilation CDs on iTunes, and one contained a remix of the original tune. I think it was by Supernova if I recall it correctly. I still remember the moment when I heard the chords for the first time, I was sold! Up until this day I think this is my favourite house track ever written. The build-up is simply genius. If I could ever write a tune like that, I’d be honoured haha!

Not specific habits, but I’ve noticed that it all comes down to a good balance in life. A couple of years ago I sometimes tried to force myself to make good music when I had a day off. However, forcing yourself into making music does not really work. It should come from inside, and not because you have to. As a result, now I know that it works better for me to just wait for inspiration to come, and not force it. I get inspiration from all kinds of things in life, so I try to just go with the flow.

At the moment, I’m listening a lot to St. Germain, which can best be described as a blend between Jazz and House music. His productions are absolutely insane in terms of melodies, sampling and rhythm. I get a lot of inspiration from it. However, a lot of other good music has been released lately as well! I’m a big fan of the last releases of Ewan McVivar: his latest releases really capture that classic house music feeling from the 90s. It sounds really fresh. Besides, I’m also a big fan of Dusky’s latest album ‘joy’. Their productions are very refreshing and always cross boundaries between different electronic genres. They have a very unique sound. Besides, a friend of mine recently introduced me to Khruangbin, a band from Texas. Their sound is rooted in soul, dub, rock and psychedelics. It’s a pretty bizarre combo but I absolutely love it. It really takes you to a different place!

Hard question... but that would be Eric Prydz. I mean, look at the venues that he plays, it’s crazy! Recently, I stumbled upon a live set of his in NYC on YouTube. He is absolutely state-of-the-art in combining rich visuals with electronic music. As a result, his shows are more than just music, but are truly an artistic experience. It would be so sick to open up for a show like that.

What I like most is when I am in the flow of producing music, and everything just perfectly fits together. For example, when writing a melody and then suddenly, the last chord fits. I get this feeling of excitement and can then completely lose track of time, and just really be in the moment. These moments feel really rewarding and I’m really happy to have a creative outlet to express myself. I do not know many other things which can give you the same feeling. Besides, music is also a great way to connect: I have met some really cool people and travelled to quite a few places, either for studio sessions or bookings. I’m really grateful for these experiences, as I have learned a lot from them.

Personally I am quite perfectionistic, which is sometimes hard in music. Music is of course very subjective, which means that a track is never really ‘’done’’. There is not really a one-fits-all definition of a ‘good track’ Multiple people can have multiple opinions about the same piece. However, I always want to make things perfect, which is hard when music is subjective in its essence. As a result, if being too perfectionistic keeps you tweaking, or you’re constantly starting a new track, because the previous one isn’t good enough. Eventually this only damages the creative process.

The best piece of advice I have received was from my manager, him saying that I should not worry about my music having to fit in a specific genre or being a hit. For example, I used to think a bit more in boxes to produce music that is in line with the tracks that are currently popular. However, to get the most out of the creative process, it is best to just produce without any end result in mind: just have fun! The tracks that I have produced this way are my biggest releases so far.

Elliot Fitch's new single 'What You Do To Me' is available to stream now. Check it out in the player below.

1 hour 47 min ago With their long-awaited new album set to arrive in the coming months, Alvvays have now dropped th