Her new EP 'Set Me Down' is out now 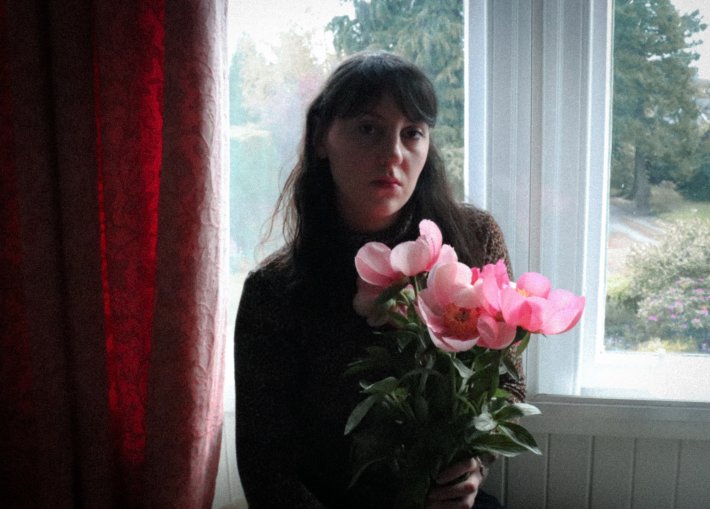 After spending the last few years treating us to a rich and vibrant array of sweet and soaring compositions, Scottish singer and songwriter Emma Miller is back once again to deliver her wonderful new EP 'Set Me Down'.

Capturing the same smooth and bright majesty she injects into everything she does, 'Set Me Down' is a warm yet sometimes haunting new collection. Using little more than an electronic piano, airy production, and her own sublime voice, her new release is packed with bold and atmospheric cuts that cement her as a true talent emerging right now.

So with the new EP available now, we sat down with her to find out more about her background and what has inspired her over the years.

The piano. My mum had always had an upright piano in the house and so as a kid I would riff off of tunes like ‘Three Blind Mice’ and ‘Chopsticks’, thinking I was Chopin. I eventually got lessons and began to understand the true beauty of the melodies a piano can make thanks to Delta Goodrem and Vanessa Carlton, obviously.

Honestly, the feedback and response. That might be a really uncool thing to say as I know we’re all meant to be inspired to do music for the sheer love of it, but sometimes the love is not enough! Getting validation from just one other person, who has taken the time to listen and engage and felt something from your music is the best feeling in the world. Whenever that happens, that’s something that seriously inspires me to keep creating.

I pretended to like Linkin Park and Eminem when I was about 15 as that’s what a guy I liked was into. Little did he know my first loves were Norah Jones, Britney, The Eagles and Pink - it was an eclectic mix.

I’ve discovered that taking a break from music turns out to be a great environment for getting inspiration. I’m someone who can go through quite intense writing phases where I’m writing several songs at once over a week or so and then I might not return to them for a month or more. At the same time, and to completely contradict myself, I also find that it helps to just sit down and start. I’m always surprised what ideas can come out when I just sit down at the piano and decide to focus on creating.

This isn’t a plug, well it is, but I have a playlist called ‘emma miller FM’ and that’s where I add my new music finds (as well as the permanent loves). VeryVery is a new Canadian artist who is mind-blowingly good, Kathryn Joseph is a Scottish artist whose track ‘From When I Wake The Want Is’ will shake you to your core, and most recently I discovered Maria Kohnke’s song ‘Don’t Look at Me’ and it pretty much made my October.

Ha! What a good question. Actually none of them. I’ve been lucky that the songs I’ve written based on people or situations are not at all painful memories, or not anymore at least. I don’t think I could ever write about someone I genuinely wanted to forget as they’d exist permanently in the song and haunt me forever!

I’ve had a few funny gig moments, including my Granny coming to my hometown show and sticking her fingers in her ears for the duration (she had tinnitus). I recently was attributed the credit of an audiobook of an Amish romantic novel called ‘A Summer Courtship’ across all my artist profiles on every streaming service. I basked in the glory of people thinking I’d actually written a huge novel before it was taken down.

It would be a dream to open for The Staves (I’m close to being their stalker tbh). There are so many people I would jump at the chance to support, like Laura Marling, The National, Lucy Rose, Half Waif.

That question is somewhat already in progress. Since the start of 2020 I’ve been looking to start studying to be a Counsellor and finally in October I began my first course towards achieving that goal. Music is something I plan to keep with me forever and I’m excited to release albums and music for the rest of my life. The business side and industry side, however, have left me disenchanted and yearning for more. I’m looking forward to where counselling will take me and it’s already proved to be an enlightening experience.

I hope this will be taken the right way, but the advice I’ve kind of created for myself is ‘don’t kill yourself trying to do music’. I know there is this mentality with musicians that it’s music or nothing and to be seen to do something other than music in its purest form is a failure. It’s simply not true and I’ve watched so many friends become deeply unhappy by not letting themselves enjoy other aspects of life. I also have huge empathy for people who feel like that, because the whole way the industry is constructed is against you. Above all else, I think that it’s time musicians and independent artists started getting paid fairly and supported properly so that music remains a viable path for those who want to pursue it. The world needs music and culture and the arts to bring colour and meaning to the everyday.

Emma Miller's new EP 'Set Me Down' is available to stream and download now. Have a listen to it in the player below.

emma miller · Set Me Down

2 days 12 hours ago With their highly-anticipated new album set to land in just a few weeks, Django Django have now u

2 days 11 hours ago After impressing so many with his breakthrough hit 'by the lake' near the end of last year, emerg