Getting To Know... Fabri

Getting To Know... Fabri

His debut single 'Here Tonight' is out now 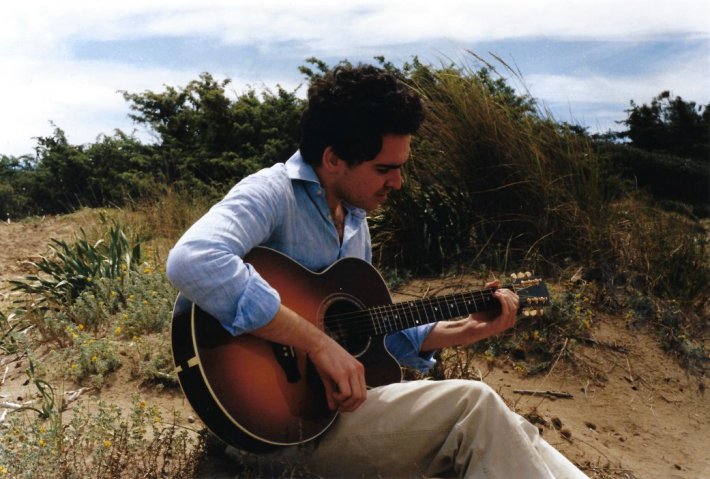 Channelling a rich and sweeping aesthetic from start to finish, 'Here Tonight' makes for an impressive and shimmering introduction to his sound. Filled with a warm atmosphere, soaring hooks, and his own captivating voice layered throughout, the future is certainly looking bright for this fresh upstart.

Definitely the guitar. It gave me the chance to learn songs that I liked and to start exploring my singing voice.

Particularly pop and rock. My favourite artists when I was younger were Red Hot Chili Peppers, U2, Coldplay, MGMT.

I don’t remember the first album I ever owned, but I remember the album release I was most excited for was Coldplay's Mylo Xyloto in 2011.

What is the first song you wished you could have written yourself?

Music first, then words. I usually record myself while playing random series of chords with my guitar and improvising vocal melodies on top. Once I have a basic tune, I try to find words that fit well with the rhythm and at some point in the process the meaning of the song comes to life.

If you could open the show for anyone in the world, who would it be?

Coldplay or U2. I've been to their concerts and they were both unforgettable experiences!

The feeling of oneness with yourself when you play and sing.

Wasting a whole afternoon trying to compose a piece of music that just won’t come out.

Fabri's debut single 'Here Tonight' is available to stream now. Check it out in the player below.

6 hours 24 min ago With his highly-anticipated new album dropping early next year, Miles Kane has now unveiled the n

6 hours 17 min ago Just when you think the indie-rock scene has reached peak saturation, an artist comes along and f