Her new single 'What She Does' is out now 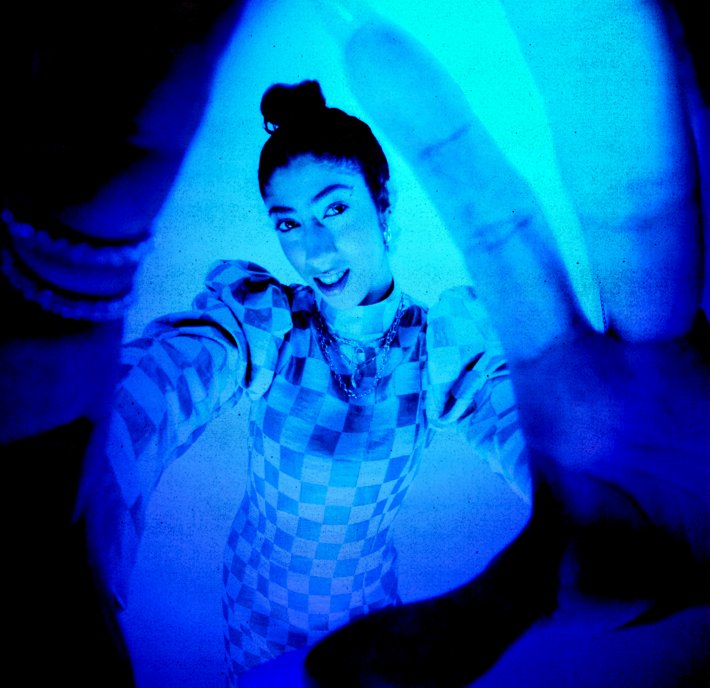 Known for her powerful mixes of Arabic and Western sounds within her music, emerging artist Felakah has now returned to share her latest stunner 'What She Does'.

Working alongside producers Mostafa Zaghlou and Issac Sleator for the release, 'What She Does' makes for a wonderfully warm and warped new offering. Channeling a diverse mix of RnB and hip-hop influences, she is certainly making a bold statement on this new cut.

Drums for sure. I took lessons between 8th and 10th grade and gravitated towards hip hop through my love for drums. Beats are everything to me.

I guess I grew up listening to a range of genres—my brother got me hooked to Amy Winehouse when I was younger, same with bands like No Doubt and the White Stripes. There was always something playing at home, and anything that got me to feel something deeply I connected to easily.

I think one of the first albums I personally owned and remember spinning on repeat was Rihanna’s “Good Girl Gone Bad”. So may bangers on that album. I felt so pimp in middle school listening to Riri on the bus rides home.

Probably “Female Energy” by Willow. That song hits hard no matter what headspace I’m in, and it’s doubled by the fact that Willow is a symbol of the youth. Talking ancient paradigms. It’s progressive and feels like home at the same time. Beautiful.

I always like to write by the water. If I’m near a river, a sea, or even a little creek, I’ll draw inspiration seamlessly from the water. I think the life force in it speaks to me; I try to sail along the water just as a trusted sailboat should. And the water has never let me down.

I love all the work that comes out of Dev Hynes/Blood Orange, in addition to Solange, 070 Shake, Peggy Gou and Channel Tres.

In my eyes there’s really nothing that compares to people you’ve never met or even knew existed living lives with your songs as their soundtrack. Anyone can attach a memory or a feeling to a piece of music and suddenly it’s infinite.

It’s really only frustrating when you let factors beyond the music control the art. The essence of it all is in the heart of the craft; it’s frustrating when alternative expressions of female representation are sidestepped and hypersexual images of women in music are perpetuated. I try to take that frustration and let it fuel me, though. I’m a fighter yo.

Raphael Saadiq once leaned over a table of sushi in LA and told me to do one thing every day for my craft, no matter what that one thing is. That advice really resonated with me and inspired me to stay dedicated to evolving and growing as a musician in this industry. Rest with the same gravity as working. And diving headfirst into my dreams.

Felukah's new single 'What She Does' is available to stream now. Check out the video for it in the player below.

1 day 11 hours ago Following on from the release of his highly-praised 2018 LP 'Good Thing', Leon Bridges has now an