Getting To Know... Flight To Moonlight

Getting To Know... Flight To Moonlight 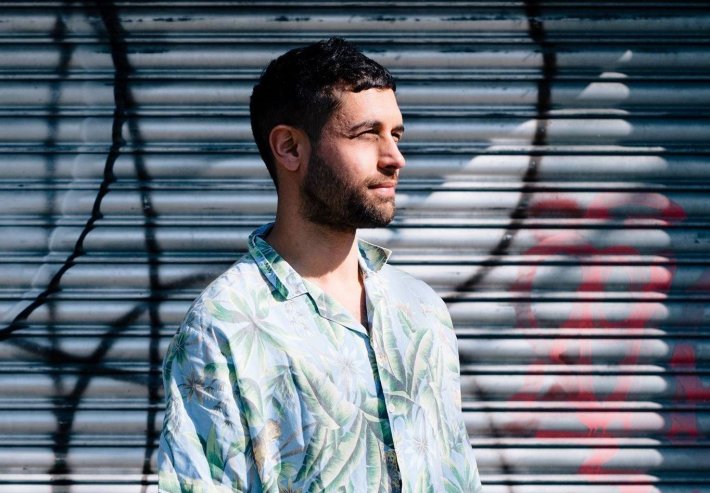 Having already established himself with a flurry of fresh and uplifting offerings these last few years, emerging producer Flight To Moonlight makes a bold return with his vibrant new effort 'Stary Tiles'.

Teaming up with vocalist Alesca Kara for the release, 'Stary Tiles' showcases the same bright and upbeat direction he has been focusing on recently. Jam-packed with shimmering hooks and stellar vocals throughout, this new jam will keep your hips shaking from start to finish.

So with the new single available now, we sat down with him to find out more about his origins and what has influenced his sound over the years.

The drums , after watching Hanson play Mmmbob on Top of the Pops.

I went through a few phases starting with pop/punk and grunge as an early teenager. When I started secondary school this was quickly side-lined and I got really into drum & bass, garage and the nascent grime scene that was emerging but I was also really into all the indie bands that were about in the mid-late noughties and was and still am a massive Libertines head.

There are many! Bloc Party – So Here We Here is probably the song that has had the longest shelf life with me and has been a big source of catharsis over the years so I’m going to go with that.

None whatsoever, I just cast out my rod and hope for the best.

I’m obsessed with Fred Again at the moment, his album Actual Life is brilliant on some many levels and I can't get that tune he recently dropped with Baxter Dury out of my ear buds. I also really loved SG Lewis’s album as I’m always a sucker for disco inspired house or pop. The video for Caribou’s You Can Do It, with the dogs has also been making me happy this week.

Bob Dylan, it wouldn’t be appropriate but why not shoot for the stars.

That moment in the studio when you stumble across an idea that you are really into and you get electrocuted with excitement and joy.

Pouring your heart and soul into a track knowing that unless you chuck a lot of money at it, it will likely be drowned in the vast digital ocean and not get much of a life in people's ears.

Flight To Moonlight's new single 'Stary Tiles' ft. Alesca Kara is available to stream now. Check it out in the player below.

10 hours 57 min ago With their eagerly-awaited new album landing in the coming months, Superorganism have now dropped

14 hours 1 min ago With a bold and blistering array of gems under his belt already, including the breakthrough anthe