Getting To Know... Fly Felix

Getting To Know... Fly Felix

Their new single 'Hope You're Alright' is out now 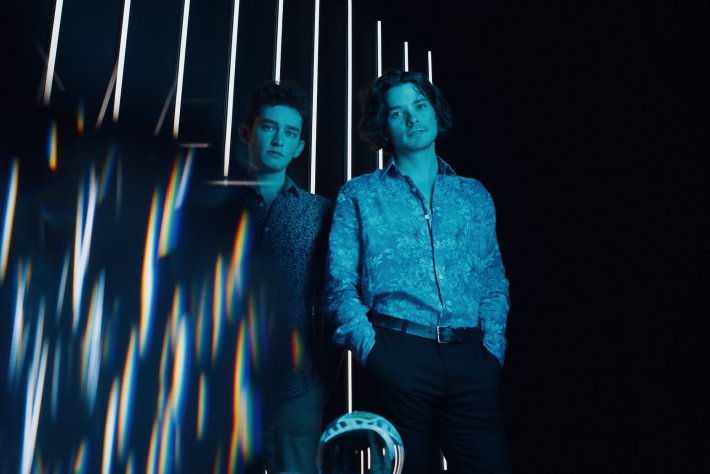 Having already established themselves with a string of bright and breezy offerings these last few years, LA-based duo Fly Felix recently returned to deliver their latest sun-kissed jam 'Hope You're Alright'.

Lifted from their forthcoming new EP, which is set to arrive later this year, 'Hope You're Alright' makes for a wonderfully fresh and uplifting return. Filled with sweeping tones, killer hooks, and masterful production throughout, we can't wait to find out what they have in store for the rest of the year.

So with the new single out now, we sat down with Drew Tyler from the group to find out more about his origins and what has inspired him most over the years.

My first instrument was drums. My Dad had an old Ludwig kit and I picked it up at a young age. It wasn’t until around High School that I started writing songs on guitar.

Mostly angsty emo boys, pop-punk, and rock bands. Early teens- I was into bands like Blink 182 and then later became obsessed with groups like The Strokes and Radiohead.

There’s definitely several I wish I had written - “The Beatles, Michael Jackson, The Beach Boys”, are a few obvious ones that come to mind.

Each project is different. For Fly Felix, I pull tarot cards during the songwriting process to help narrow in on core ideas and concepts. Spending time in nature has also become another important part of my creative ritual.

I’m all over the place, constantly discovering and fangirling over new artists. Here are a few recent discoveries that caught my ear: The Technicolors, Temples, Slow Pulp, and BRONCHO.

I ended up bartending at Pharrell’s baby shower recently. It was a pretty crazy experience, but honestly, I could list far stranger moments in the past few years. Small world coincidences occur constantly. It’s funny how common they are in this industry.

I have to stick by my boy Julian Casablancas on this one. A childhood dream of mine.

I studied Biology in college, and have acquired a strong passion for the wellbeing of our planet, as well as the creatures living on it. If I wasn’t working in the creative industry, I’d probably want to pursue something environmentally focused or do something outdoors.

It’s important to stay true to who you are, as cliche as that sounds. It’s easy to lose sight of your creative intentions when music becomes a job. It is often better to invest your time in projects that you truly enjoy rather than the work that pays. As challenging as it is, sometimes it’s good to take a step back and reevaluate our motivations.

Fly Felix's new single 'Hope You're Alright' is available to stream now. Watch the official video for it in the player below.

8 hours 7 min ago With his highly-anticipated new album dropping early next year, Miles Kane has now unveiled the n

8 hours 21 sec ago Just when you think the indie-rock scene has reached peak saturation, an artist comes along and f