Getting To Know.. Flying Salmon

Getting To Know.. Flying Salmon

His new single 'Sound Like This' is out now 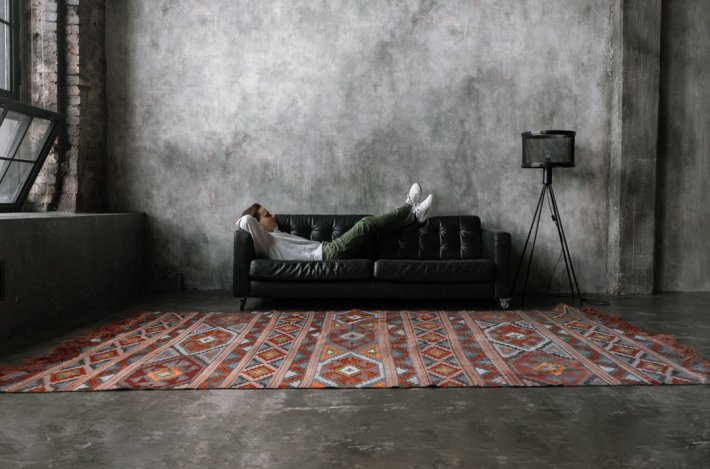 Following on from a string of rich and enticing offerings over the last few years, Russian artist and producer Andrey Lebedintsev aka Flying Salmon recently returned to deliver his soaring new single 'Sound Like This'.

With its strong nods to both the post-punk and dream-pop aesthetics, 'Sound Like This' makes for a wonderfully compelling return for the frontman. Filled with warm and sweeping production, euphoric hooks, and his own ethereal voice measured throughout, his latest delight is a positive return to form from start to finish.

I started playing classical guitar when I was little. We also had keyboards, Casio SA-20 and Yamaha PSS-51. I never really learned how to play keyboard properly, but I spent a lot of time playing around with these as a kid and their sound got imprinted in my mind. That's why I use sounds from similar amateur keyboards in my music production — brings back the good memories.

It might sound cheesy, but my main inspirations are my perception and events in life. Every song I write is like a picture or a movie in my imagination. If we talk about favorite artists I can connect my music to – it’s modern synth pop (M83, Purity Ring, Summer Heart, Grimes, Chvrches, Neon Indian), electronic music (Moby, Aphex Twin), old game soundtracks (especially from Super Nintendo and MS-DOS), shoegaze/dream pop like Alvvays and My Bloody Valentine, and lo-fi projects like Casiotone for Painfully Alone.

My musical taste has been constantly changing. It was a fascinating journey I can go on and on about, but I'll try to just specify some of the milestones. When I was 13, I liked alternative rock — Muse was my first favorite band. I also liked video game soundtracks — that way I discovered electronic music for the first time. Then there was a period when I was really into atmospheric black metal. When I was 17, I discovered post-rock from the band God Is An Astronaut and shoegaze from Alcest. Alongside I found how colorful and big the world of electronic music was and fell in love with it. The most memorable electronic artist at the time was probably The Flashbulb. My favorite electronic genres were ambient, IDM, jungle. So, around this point I hit 20 and I'm not a teenager anymore.

It's impossible, music has always been in my life, just in different shapes and at different levels. But if we speak of this particular project, Flying Salmon, I was watching Twin Peaks' season 3 and I saw these bands performing at the end of each episode. Au Revoir Simone and Chromatics really hit me with their songs and I decided that I wanted to write something similar. It went pretty far from the initial idea, but that was the sparkle.

Chill electronic music is a good way to get into the right mood for a productive day. Helios and ISAN are the acts that first come to mind when I think of morning vibes.

Almost all of them, even if it's not obvious from the lyrics.

Each time I finish the song is the most exciting part of what I do. With all honesty, there’s nothing like listening to the finished track you’ve just created. That’s the primary reason why I make music.

Programming, maths, video games. I have an IT background, and I’m a fan of retro console games and the Dark Souls series.

Programmer, math teacher. I actually have experience in both of these occupations.

I'm not at the stage of my music career when I feel competent enough to give advice. So let's wait until I get bigger and see what I'll have to say then — that's my best advice for today.

Flying Salmon's new single 'Sound Like This' is available to stream now. Check out the new video for it in the player below.

13 hours 3 min ago With her eagerly-awaited new album arriving in the coming months, Martha Wainwright has now dropp

8 hours 22 min ago With the likes of BBC Introducing and Radio 1xtra praising her work over the last few months, Man