Getting To Know... Frazer Lepford

Getting To Know... Frazer Lepford 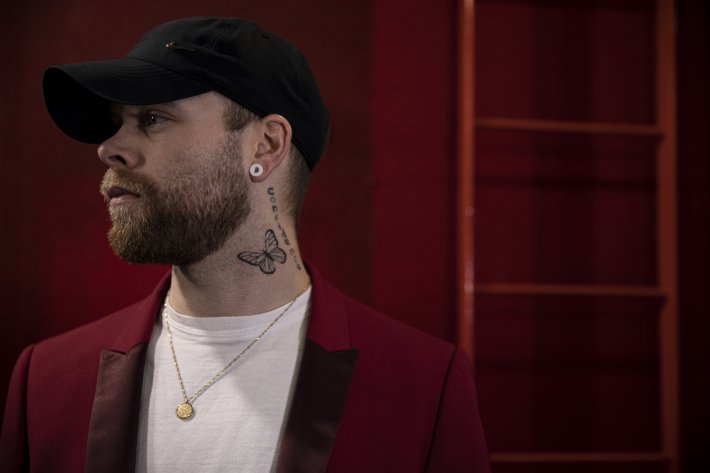 Having already found countless support across numerous DSPs, while also showcased a number of times across BBC Introducing in recent years, emerging artist Frazer Lepford is now kicking off his 2022 with the breezy new single 'Didn't Mean To Make You Cry'.

Channelling a wonderfully smooth and enticing neo-soul groove from start to finish, 'Didn't Mean To Make You Cry' makes for a brilliantly compelling listen. With his immaculate voice riding a bed of light and sweeping production, his latest effort looks to see him grow even faster in the years ahead.

The first instrument I fell in love with was guitar. As soon as I held one before even playing a chord it just felt right.

I loved all music growing up. My mum was constantly playing music around the house but more than anything I went through a huge stage of listening to rap and hip hop and grime music.

I can’t remember the first album I owned but the one I remember playing the most was definitely 50 Cent ‘get rich or die tryin’.

I have a few songs I wish I’d written myself but ‘the jcb song’ by Nizlopi and ‘Last Request’ by Paolo Nutini are definitely up there.

I wouldn’t say I have any habits or rituals I go through to write music but I do know more often than not songs flood out of me when I’m down or in a dark place.

My favourite artists I listen to can vary. One minute I can be listening to Bob Dylan or Ray Charles the next I’m listening to Tyler the Creator or Mac Miller.

If I could open a show for anyone it would probably be someone like Liam Gallagher I just love the attitude of not giving a damn and rocking up, smashing out some tunes and owning the stage then walking off like it’s nothing.

Most rewarding part of being a musician for me is expressing myself and being creative. The free drinks at venues is a good perk too.

I wouldn’t say there’s many things frustrating about being a musician although in my experience I think there’s a lot of money grabbers out there in the industry who claim they care about the music but really just want to get payed. Also people bumping into my mic stand at pubs sometimes winds me up.

Frazer Lepford's new single 'Didn't Mean To Make You Cry' is available to stream now. Check out the new video for it in the player below.

11 hours 21 min ago With her eagerly-awaited new remix EP landing next month, Bess Atwell has now shared the next cut

14 hours 16 min ago After an astonishing run of form throughout his releases over the last decade, South African sing