Getting To Know... Fritillaries

Getting To Know... Fritillaries

Their new single 'Working Late' is out now 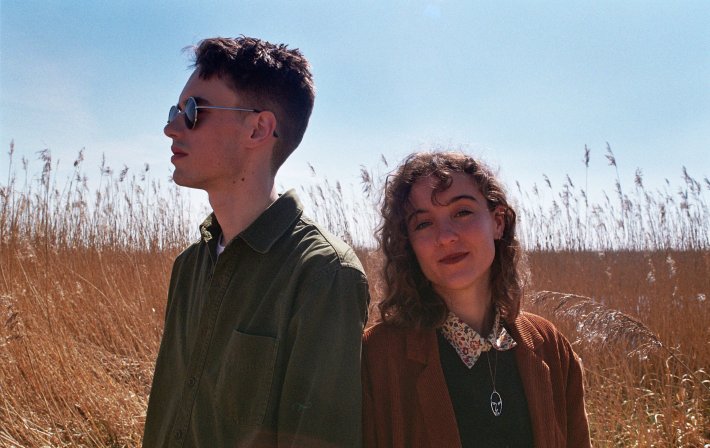 Following on from a string of enticing folk-inspired offerings over the last year, Bristol-based duo Fritillaries have now returned to unveil their sweeping new single 'Working Late'.

Delivering a wonderfully warm and breezy aesthetic from start to finish, 'Working Late' showcases why so many have been drawn to them of late. With its rich and alluring atmosphere, passionate textures, and shimmering vocals throughout, these two are already making a serious mark with this one.

Hannah: My grandma taught me piano from when I was 7, but I was always quite reluctant to practise my scales or chord inversions etc. I fell in love with the piano every time I learned a song I loved, or when me and my grandma would make a story out of the sounds, pretending to be in a forest with the rain falling from the trees which turned quickly into a thunderstorm.

Hannah: When I was under 11 I liked all the music people my age were into like Avril Lavigne, McFly, Hannah Montana. I used to do lots of musical theatre too so I had a lot of favourites there. Gabriel and I became friends when we were about 12 and started to listen to The Beatles, The Kinks, Fleetwood Mac. Gabriel lent me a CD of Bob Dylan’s Desire when I was 13 and it was the first thing I listened to that I completely fell in love with. That slowly started opening up the folk world to me.

Hannah: The first album I remember owning on CD was The Beatles’ Rubber Soul. I remember listening to it with a friend lying in the back of my parent’s Mazda Bongo van. I had a lot of downloads from friend’s (and mainly Gabriel’s) iTunes that I had on my MP3 player that I don’t feel I ever really owned (Joni Mitchell, Fleet Foxes, The Band).

Gabriel: we’re both listening to a lot of instrumental music at the moment and starting to write tunes in a vaguely old time/new acoustic style, so I think something in that vein comes to mind. The medley which opens Andrew Marlin’s Fable & Fire - ‘Stormy Point / Back of Beyond / The Seamstress’ - is pretty mind boggling. It manages to convey such a sense of narrative and journeying without words, as well as an awesome depth of feeling and sense of space.

Hannah: Not particularly… I do have a routine though. Generally, a tune will come to me randomly which I will record on my phone. Then when I get a chance I’ll sit down with an instrument (banjo, guitar, harmonium or if I happen to be at my parent’s house, a piano) to try and help the song come out. I normally mumble sounds that feel right with the song with a lot of half rhymes thrown in. Slowly I’ll get a sense of a story (or I will deliberately try to weave a story in there, but this takes me much more time).

Hannah: I’m listening to Nora Brown’s Sidetrack My Engine at the moment, mainly to help me get back into playing the banjo after a little break. I’m also listening to Christian Sedelmyer’s Ravine Palace.

Hannah: Probably Brandi Carlile because she’s an absolute queen and seems like a genuinely lovely person. Also she’s playing stadiums now so that would times our audience reach by about 1000 haha.

Hannah: I love performing. Especially about halfway through the set where you start to gain momentum and know that the audience are with you now until the end of the set. Sometimes it feels like you can hear everyone in the room exhale at the same point and that’s amazing. Although this is not to say this magic happens at every gig haha.

I also love when I have just finished a song and Gabriel and I have stitched it together with the different instruments, melodies, harmonies and sections that feel right. I love that feeling of new creation.

Hannah: Ahhhh the endless admin! I spend around 15-20 hours a week on it and I feel like I can never get enough done, and that if I had done more that week we could have lots more income, shows, funding from external sources, PRS payments, reviews, radio play etc. It all feels like it’s up to you and you’re always up against people with bigger teams and bigger budgets!

Hannah: Probably just to calm down and make it up as you go along haha. I’m pretty sure that’s what every other independent musician is doing. Jim and Arran at Pear O’ Legs give us a lot of great advice on day-to-day things and that to us is completely invaluable. We still can’t really believe that they take the time out of their very busy lives to help us figure things out.

Fritillaries' new single 'Working Late' is available to stream now. Check it out in the player below.

10 hours 38 min ago With her eagerly-awaited new remix EP landing next month, Bess Atwell has now shared the next cut

13 hours 34 min ago After an astonishing run of form throughout his releases over the last decade, South African sing