Getting To Know... growr

Getting To Know... growr

His new single 'Wasted Time' is out now 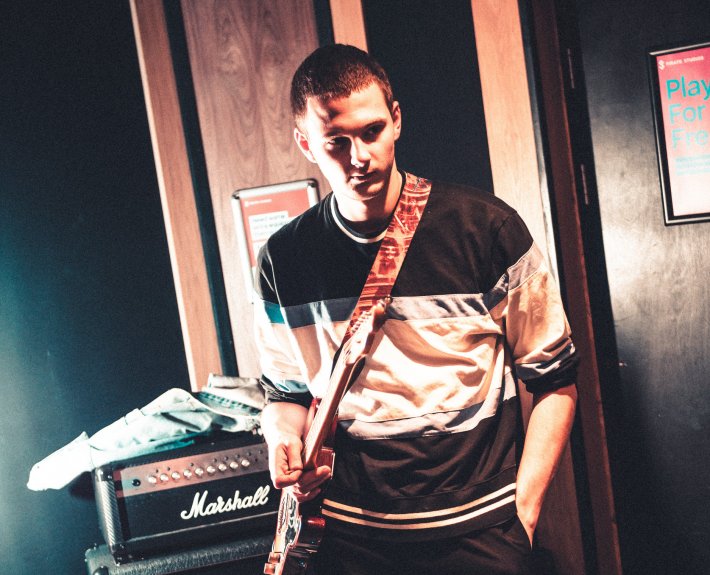 Following on from the love he received for his brilliant debut single 'Falling' earlier this year, emerging artist Jake Parsons aka growr has now returned to deliver his blistering sophomore effort 'Wasted Time'.

Channelling a raw and driven sound this time around, 'Wasted Time' sees him return with raucous and explosive energy. Jam-packed with energetic hook, killer riffs, and a passionate aesthetic throughout, he is certainly blowing us away on this new release.

So with the new single available now, we sat down with him to find out more about his background and what has been inspiring him over the years.

I’ve played piano since a young age, but once I started guitar at around 11 years old, it quickly became my main instrument. I’ve gone through many phases as a guitarist, from being very acoustic, finger-picky obsessed to building my spaceship of a pedal board. For growr though, it’s just a trebly telecaster and a lot of distortion!

The obvious one is Foo Fighters. This single Wasted Time was actually written midway through their Garage Tour documentary they did to promote the album Wasting Light (don’t know if the title came through subconsciously). My music tends to lean towards the first two Foos albums rather than their latter stuff though. I’d love to think I sound like Soundgarden or Nirvana, but I think I’ve got too soft of a voice to really give it the beans on the choruses.

In terms of guitar playing, I take a lot of inspiration from John Frusciante of the Red Hot Chili Peppers. His melodic playing and feel is something I really aim to mimic.

My latter teenage years were arguably during the second peak of UK Indie music. Bombay Bicycle Club, Catfish and The Bottlemen and Foals released unbelievable albums during that time (2014-2015).

It varies a lot. Probably nothing too heavy (or growr sounding haha). Usually some neo-soul/hip hop I guess. Frankie Stew and Harvey Gunn are a fave for any time of day, and they actually have an album called The Morning, so I guess I’d have to say them!

I find it very hard to write a song about real life as it’s happening. I find time gives a lot more perspective on things and opens me up to self-reflection and criticism.

I think it’s very easy to write a really bitter break up song blaming the other person for everything, whereas in reality both people are usually to blame. While Wasted Time is not about anyone in particular, I guess I tried to reflect that sentiment in the second verse.

Festivals are always amazing. I’ve been lucky enough to play before some of my favourite bands including Fickle Friends, Little Comets and Bastille. It would be really nice to play a festival as growr.

I’m a keen runner, having really got into it in lockdown. I’ve just had some time off with an injury and have my first run back today so am really looking forward to getting back out there.

I work in events. Often this is live music orientated, however I also enjoy working at conferences and other more business orientated events.

As I’m writing that out it seems really boring. Scrap that – I’d be an astronaut!

You can do lots of it yourself! I’ve learnt to produce in the last year or so and it’s really opened up a lot of opportunities and saved myself a lot of money – especially in regard to less live sounding music than growr. Don’t spend big on PR early on as you’re paying for someone’s time rather than guaranteed results – do the research yourself and put in the hours, it’ll really be worth it.

Alongside that, know your limits! While doing a lot of things yourself it can be very easy to get burnt out. So, if there is a job you’re less qualified to do, seek out someone who you’d like to work with and collaborate with them. This applies for photoshoots, production, artwork, booking live shows or just an unbiased opinion. You can do a lot yourself but remember you’re not superhuman!

growr's new single 'Wasted Time' is available to stream now. Check it out in the player below.

7 hours 15 min ago With his highly-anticipated new album dropping early next year, Miles Kane has now unveiled the n

7 hours 8 min ago Just when you think the indie-rock scene has reached peak saturation, an artist comes along and f