Getting To Know... Hazel Mei

Getting To Know... Hazel Mei

Her new single 'The Funniest Thing' is out now 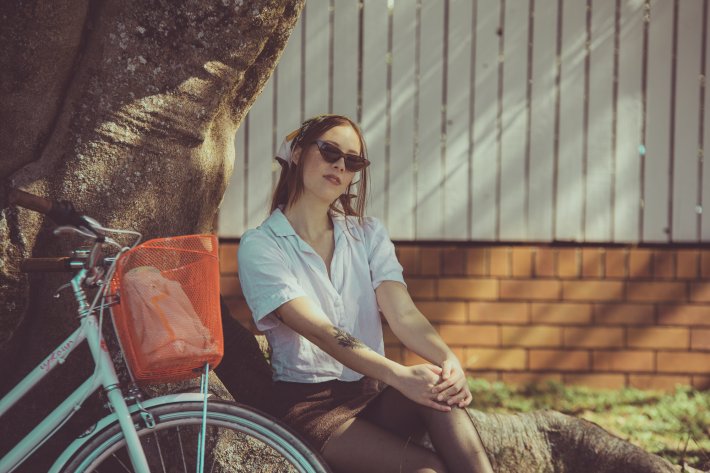 Having spent the last few years releasing a wave of smooth and sweeping offerings, Brisbane-based singer and songwriter Hazel Mei recently returned to deliver her latest delight 'The Funniest Thing'.

Channelling a warm and wistful lo-fi aesthetic from start to finish, 'The Funniest Thing' makes for a beautifully bright return for the artist. Filled with shimmering tones, subtle textures, and her own captivating voice soaring throughout, she is quickly becoming one of our favourite new finds of the year so far.

So with the new single out and about, we sat down with her to find out more about her origins and inspirations over the years.

The saxophone! I decided that I wanted to learn sax for the school band when I was 8 so I could learn to play my favourite jazz songs! I sadly gave up playing in high-school but I really want to re-learn now!

Growing up I loved such a variety of music. I listened to Dad’s rock records, Mum’s jazz albums and also loved the 2000s pop on the radio. My earliest memory of having a favourite band was The Beatles because... you know... they're the best!

The first album I remember owning was Innocent Eyes by Delta Goodrem (a classic circa 2003 for any girl growing up in Australia). I learned how to play one of the songs Born To Try on piano too!

Okay, I have changed my mind like 10 times trying to think of an answer to this because there are so many. But, I adore the lyricism and atmosphere of Gold Rush by Taylor Swift and I definitely wish I wrote that song.

I didn’t realise until recently, but the most common ritual I have is stillness. All of the voice memos I have of solo writing sessions have a minimum 15 minute block of silence at some point in the recording. Usually this is before the ideas start to develop into the final version of a section or song.

I have been listening to a lot of Joy Crookes and Villagers lately. Both are about to release new albums and I’m so excited!

For sure, Harry Styles!

There are so many things I love about being a musician, but lately I have been especially grateful for the friendships built through the work we do. It makes everything such a joy!

Probably, feeling stressed about making enough money to sustain my music career as well as everyday life. It’s all a work in progress!

You can’t wait around for inspiration to strike, creativity* and action are the best way to keep inspired and working.

*Creativity in any form! It could be writing a song, baking a cake, dancing, sketching, trying a new makeup technique or writing in a journal. Sometimes if I have writer's block I’ll bake and decorate some cookies and then voilà! I don’t feel so stuck.

Hazel Mei's new single 'The Funniest Thing' is available to stream now. Check it out in the player below.

15 hours 48 min ago With their highly-anticipated new album now just days away, LUMP have dropped the final cut to be

16 hours 43 min ago After spending the last last year releasing a flurry of warm and enticing cuts, LA-based duo Skyc