Getting To Know... HM Johnsen

Getting To Know... HM Johnsen

His new single 'Alone' is out now 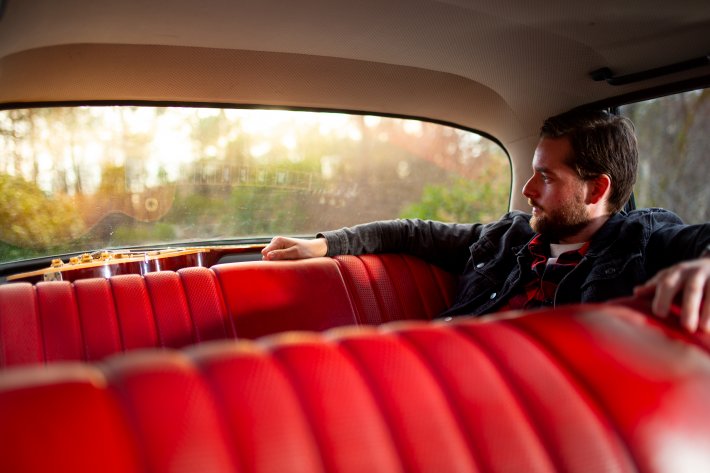 Following on from the release of last year's EP 'Serenity' and his stunning comeback effort 'Build The Sky', Norwegian singer and songwriter HM Johnsen is now continuing his upward ascent with the soaring new single 'Alone'.

Capturing more of that bold and euphoric direction he is known for, 'Alone' makes for a wonderfully warm and transportive listen. Blending conventional organic instrumentation with a dash of electronic influences gives this new release a fresh and enticing direction like no-one else.

The first instrument I fell in love with was the guitar. At the time, I didn’t know that the sounds that caught my ear were made by a guitar. My first real music listening experience was when my mum bought me my first CD. It was Seventh Son Of A Seventh son from Iron Maiden, and they actually shared some similar sounds of those I had heard from my dad showing me Pink Floyd. When I was told that it was a guitar or a “Guitar-Solo”, I was determined that I was going to try to learn how to play the instrument.

I was a huge metalhead. I listened to old Black Sabbath, Led Zeppelin, Judas Priest, Dokken, Ozzy Osbourne etc… My favourite was and is still today Iron Maiden. It went heavier at one point, but just before I started listening to really really heavy stuff, I stumbled over the interest of listening to bands like Pink Floyd and Mark Knopfler, and that kind of took me in the other direction. From there it went on to blues, jazz, classic rock, pop and everything in between.

Not necessarily, In my case songwriting often comes from other random elements happening around me. It’s important for me to take those opportunities when they come. I do have some certain stuff that I sometimes do before I want to try and write music and to get into the “zone”. Things like taking a long shower, to feel fresh and well. It’s also important for me to have a small meeting with myself before I start working with writing music. The meaning of the meeting is to go through the day past and future with myself so that I can let everything go and not have anything else hanging over my shoulders before I start. PHONE OFF!

At the moment I`m listening to a lot to artists like Leprous, Birdy, Alan Parsons and Highasakite.

The strong and priceless feeling I get when I get to play in front of an audience who really responds. Impossible for me to explain, but it’s very touching to see and experience the vibe and the feeling you sometimes get between the performer and the crowd. Also, the pure simple effect that music has on my body and mind, my life just makes total sense with music in it, and I still to this day want to play music as my first wish in the morning, and that’s what keeps me going.

All the business part of it, and all trips down in the basement. It’s very hard work, and there’s a lot of hard and steep hills on the road of breaking through with your music. I share this with many other musicians around the world, but we still keep going because we love it.

If you know that you are good at what you’re doing, and you do it for the simple reason that you love it. Rock on, and don’t let anyone tell you otherwise. Focus on the YAY sayers, and do take care of the ones who are supporting you! They are the ones that will catch you when you fall, and they will be your motivation when you need them. There will always be room in this world for more and new music, go through all the doors and play as much as possible. Just stay true to yourself, your art and never give up.

HM Johnsen's new single 'Alone' is available to stream now. Check out the new video for it in the player below.

1 day 23 hours ago After delivering their outstanding studio album 'SHYGA!

1 day 23 hours ago After impressing so many with her brilliant singles ‘Frank’ and ’Stripes’ last year, fast-rising