Getting To Know... HOLMES

Getting To Know... HOLMES 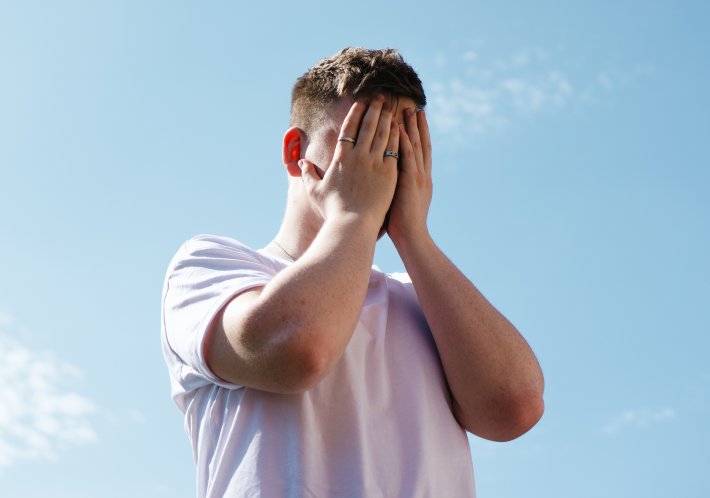 After spending the last few months building and developing his sound, Guildford-based newcomer HOLMES is now ready to introduce himself to the world as he delivers his anthemic debut single 'If It Was Up To Me'.

Channelling a refreshingly strong and upbeat pop-rock direction from start to finish, 'If It Was Up To Me' makes for enticing listen. Filled with bold and euphoric tones, blistering energy, and his own captivating voice at the helm, the future is already looking very bright for this young upstart.

So with his new single available now, we sat down with him to find out more about his origins and what has been inspiring him recently.

The drums were hands down the first instrument I fell in love with. The potential to drive a song, change the feel, dictate the direction etc. There was just nothing that came close at first.

I actually loved to listen to RnB and Hip-hop. I spent hours listening to Ne-Yo’s Year of the Gentleman album and Kanye’s The College Dropout and Graduation. There was something about the feel of those albums that hooked me. I think that was all down to the beats and melody lines and that was kind of what started my love for music as a whole.

It would be either Justin Timberlake’s Justified album or Maroon 5’s Songs About Jane. They are two incredible albums that still hold up for me and will forever be in my rotation.

Without a doubt it would have to be Good Things Fall Apart by ILLENIUM and Jon Bellion. That song for me is so perfect. The melodies, the lyrics, the emotion behind it, the production… everything!

I wouldn’t say there’s anything in particular I do out of habit. For me, I just try to write something new and exciting every time. I try to challenge myself to do more and improve with each song.

Right now, I would love to open for Sam Fender. The crowds he has are always so lively and reactive and I just think it would be a great environment to be on stage in.

Seeing how people react to your music. Getting to truly see the impact of what you’ve written or what you’re playing and having that connection with an audience.

The wait for releasing and gigging. I would love to be able to just get every piece I’ve ever written out straight away and go tour the world with it but that just can’t happen! There’s a wait and a process to it all and timings with everything and that is definitely the most frustrating part.

It sounds strange but to be really selfish in what you think. That involves making the music YOU want to make, having an aesthetic that is best for YOU and releasing music YOU want to release without worrying too much about what any other person thinks about it. That is the best way to get your true self and find your own place without moulding to fit. Along with that is just knowing when is best to listen to advice and when is best to go with what you think is ideal.

HOLMES' new single 'If It Was Up To Me' is available to stream now. Check it out in the player below.

HOLMES · If It Was Up To Me

4 hours 3 min ago After delighting us with a flurry of warm and enticing releases these last few months, James Vick

4 hours 20 min ago After establishing himself with a flurry of releases throughout last year, fast-rising artist Tot