Getting To Know... If By Whiskey

Getting To Know... If By Whiskey

The band's new single 'Higher Planes' is out now 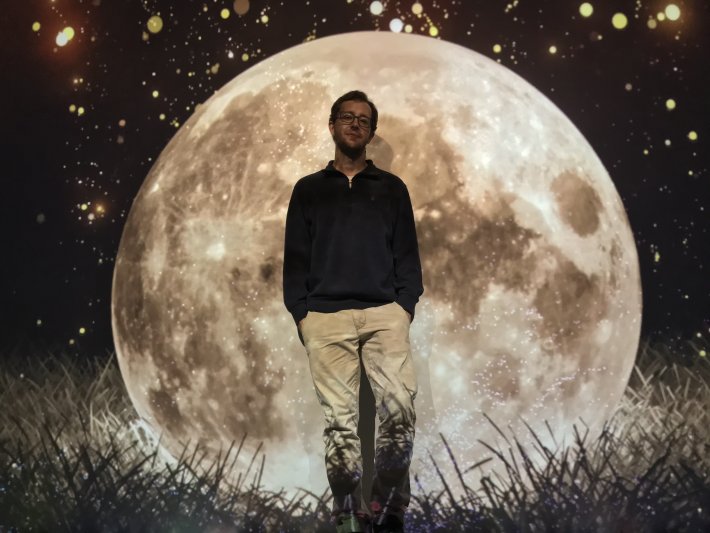 With his highly-anticipated debut album set to land in the near future, LA-based songwriter and songwriter If By Whiskey has returned with the next cut from his forthcoming full-length, 'Higher Planes'.

Channeling the bright and uplifting direction of early Weezer, 'Higher Planes' makes for a wonderfully bold and captivating offering for the artist. With its rich and pulsing basslines, laid-back groove, and calming demeanour, expect to hear a lot more about this newcomer in the months to come.

For me, it was listening to the human voice. I grew up in the deep south, going to church a couple times a week. Every week on Sunday I heard two hundred people singing music together, and the voices were incredible to listen to. It inspired me to start singing myself, and eventually to join choirs, which helped me learn to get better and control my own voice.

That definitely varies a lot. I think, in the broadest sense, my writing aims to capture perspectives. In “Higher Planes,” my goal was to write about memory like an impressionist painting. Memory often betrays us. I wanted to touch on how moments can be misremembered, how single events can leave us each with different feelings, and how no one instance of memory can ever be fully objective. In “Far Known Place,” I wanted to express my own feelings towards the world, and how I feel during the more depressing and dark moments in our world today. And the newest song, “Hell Has a Garden with Angels,” tackles hope, and how it can be found even where you least expect to find it.

My teenage years were filled with classic rock, indie rock, grunge, punk, psychedelia, pop, rock, and blues. I listened to almost anything I could get my hands on. Of course, The Beatles played a huge part in my early writing, and even my learning to play music. I still have a huge fondness for them, for groups like Guided by Voices, The Strokes, Pavement, Pixies, Wilco, The Shins, Jukebox the Ghost, Neil Young, and The Ramones. But there’s honestly too many to list.

I think my biggest motivation comes from the people around me, and those I admire. My friends feature in many of my songs, usually as the inspiration for them, for the subject itself, or by giving me a push to continue with an idea I may be stuck on. I also love big themes, like hope, memory, depression, change, etc. Taking a story that impacts one person and tying a larger lesson to it is something I definitely aim to do a lot. And I thrive on competition as a writer as well. I’ve always been impressed with writers like John Lennon or Robert Pollard, who would crank songs out at a breakneck pace…and with such high quality in their output. That kind of competitiveness often drives me forward, particularly as my musical friends and I send demos back and forth constantly. That inspires me to keep writing.

If you’re talking specifically with those people as the subject, probably roughly 10 songs are about people I personally know. But I’ve probably got 50 songs I’m working on, all with varying degrees of connectedness to people I know.

When you’re first starting out, most groups play some pretty weird gigs, and we were no exception. We played basement bars in Crestview, FL a couple times, where mosh pits started when we played folk songs. We played a gym that closes at 6 pm in Ft. Walton Beach, that then moonlights as a house show venue in the evening. At that show, all the lights were off, and the group that followed us wore horse masks. I honestly got scared when I handed the microphone over. And, at one of our first shows, we played a friend’s Christmas party, surrounded by baby Jesuses. We didn’t really have any Christmas music for that show.

Pavement. Those guys are wild.

I think this is maybe cheating, because I hope someday to actually do this too. But, I’ve always wanted to be a huge voice for the arts, and for education. I think that, if and when I decide that I need to expand my reach to affect further change, I’d like to follow in the path that other entertainers followed in, like Krist Novoselic, and do some work in politics to bring more attention to the arts and education, and really work to make that a national priority again. Teaching is also something I plan to do someday. So I guess I have a couple.

I had a professor in college who gave some great advice. He told us to “give 4 compliments before you give a single critique.” At the time, he was talking about studio work, but I think this applies to all of life, and certainly to all aspects of musicianship. Before you can criticize someone, you need to understand the merits of that person’s perspective, and try to see the bright side. That person is so much more likely to listen to your perspective if you appreciate the merits to theirs. And you’re likely to have a better working relationship. I’ve tried to always give 4 compliments before giving any criticism ever since.

If By Whiskey's new single 'Higher Planes' is available to stream and download now. Have a listen to it in the player below.

If By Whiskey · Higher Planes

6 hours 11 min ago With his highly-anticipated new album just a month away, Leon Bridges has now unveiled the next c

6 hours 5 min ago Despite arriving seemingly out of nowhere earlier this week, plenty of tastemakers are already pr