Getting To Know... Isaac Anderson

Getting To Know... Isaac Anderson

His new single 'Mess Me Up' is out now 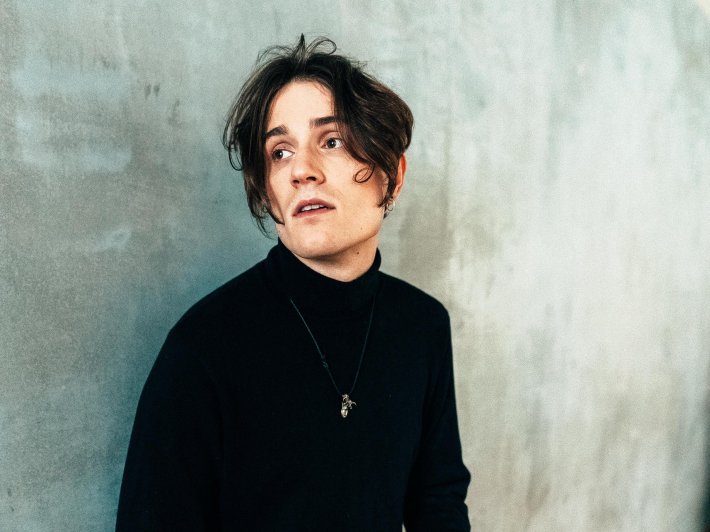 Following on from the release of his brilliant EP 'Love In Conversation' last year, emerging singer and songwriter Isaac Anderson is kicking off his 2022 in style as he drops his uplifting new single 'Mess Me Up'.

Conjuring a wonderfully bright and vibrant pop-rock direction, 'Mess Me Up' makes for a stellar return from the artist. Jam-packed with soaring textures, killer hooks, and his own impactful voice layered throughout, this new one will be stuck in your head for hours after first hearing it.

The guitar is my first and only true love! I started playing when I was eight and never looked back. I’m perhaps not the best guitarist in the world, but I’m okay with that. I can use it to tell my story, and that’s what’s important to me!

The soundtracks to my childhood mainly came from bands and artists like Simply Red, Van Morrison, Phil Collins, Michael Jackson, The Police, Stevie Wonder - music my parents listened to that stayed with me all my life. In my teens I was very much into the pop punk/emo movement of the 00s (despite coming into it slightly later!) - so bands like Fall Out Boy, My Chemical Romance, Taking Back Sunday, The Used and others. I think the music I make now is a bit of a mad mish-mash of all of the above.

The first album I ever bought with my own money was A Fever You Can’t Sweat Out by Panic! At The Disco. I was nine years old and had never listened to them - I just liked the cover. That album went on to quickly become a staple in the aforementioned teenage collection!

I think ‘Yellow’ by Coldplay is pretty much the perfect song from start to end - musically, lyrically, and even the slightly rough-around-the-edges production is brilliant. I used to work as a wedding singer - most of the songs you’d sing at those kind of events got very boring very quickly, but not Yellow - I always got psyched up when that was on the setlist. It’s a masterpiece!

I’ll usually start with either lyrics or a melody - it doesn’t have to be much, just enough to have a feel for the mood of what I want to try and say. I’ll then find a song or album I’m really into of a similar nature and reverse engineer it - lyrically, melodically, and sonically - I’ll try and figure out exactly how the writer or producer has captured the mood of the message they’re trying to get across. I’ll do that a couple of times to find the building blocks for the song and then I’ll get to work - I’ll usually write and produce in tandem. I usually take my time and constantly refine it until I feel like it’s ready - I really envy writers that are able to finish a song a day!

I’m really enjoying the new album from Fickle Friends. The Band Camino have been on my playlist loads since last summer and also Griff and Holly Humberstone. There’s tons of great new music out at the minute - it’s so inspiring.

Second time I’ve mentioned them (or him?) this interview… but Panic! At the Disco. I really feel like it would bring things full circle and would be an incredible gig to support.

I get to wake up every day and do something creative - whether it’s writing, recording, producing, playing a show, or even working on social media. I never take that for granted. And when even one person says that your song or show has connected with them in some way as a result of that work - there’s no better feeling.

The constant self doubt and imposter syndrome. It never goes away - you just develop ways to deal with it!

‘You’re only ever as good as your last gig’.

Isaac Anderson's new single 'Mess Me Up' is available to stream now. Check it out in the player below.

Isaac Anderson · Mess Me Up

54 min 7 sec ago Following on from the announcement of her new album earlier this week, Rina Sawayama has now retu

5 days 18 hours ago After breaking through with her incredible cut 'miss u' last month, which found support on Wonder