His new single 'What If I Do?' is out now 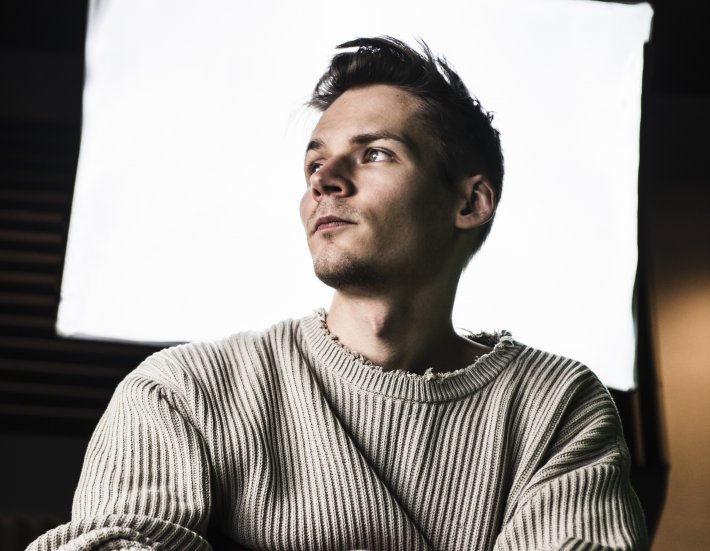 Following on from a string of impressive offerings over the last year, Stockholm-based singer and songwriter Isak Daun is now back at it with his shimmering new delight 'What If I Do?'

Channelling a wonderfully broad and spacey aesthetic throughout, 'What If I Do?' makes for a brilliant and enticing return. Filled with its rich and soaring atmosphere, breezy textures, and his own impactful voice at the helm, we can definitely hear the bold and uplifting grandeur he is bringing to this new release.

I actually got a trumpet as a gift when I was 12 but I traded it for an electric guitar, an Epiphone Les Paul. Haven't stopped playing since.

I grew up listening to all the 90s stuff like Red Hot Chilli Peppers, Nirvana, Soundgarden, Pearl Jam to name a few.

Embarrassing to say but I bought my first CD in Tokyo, 2013. Muse Hullabaloo Soundtrack. I don't think I had a record player growing up so I had an MP3 player that had some early stuff from Coldplay and Linkin Park.

Well probably Grace by Jeff Buckley. The way he played guitar in that is something special and the depth of the lyrics are as well.

Most of the time I sit with my guitar to find something interesting. On What If I Do? I immediately liked the dreamy chords and got so much inspiration just from that feeling. That momentum often helps continuing to build a kind of world around the song.

I've been listening to Elbow a lot, so sad that they cancelled their Amsterdam gig this October. Other than that itʼs a lot of Radiohead, The Black Keys and more psychedelic bands like Tame Impala. The latter actually inspired me to take a slightly new direction in my latest release.

Probably Radiohead, that would be something to remember. They can open for me next time though.

Just writing new songs, getting excited about that new riff or melody. And working with people and sharing that feeling of creativity. I've had more opportunities for that recently so you can keep your eyes peeled for more music before the year is out.

Getting stuck sucks. I love flow while writing, but it is more often than not that you just end up with a great verse or chorus and not a full song.

Thatʼs probably that you're gonna write a 1000 songs so itʼs not the end of the world if one doesn't turn out like you hoped. So just keep writing what you feel like.

Isak Daun's new single 'What If I Do?' is available to stream now. Listen to it in the player below.

4 hours 27 min ago With their highly-anticipated new album landing early next year, Circa Waves have now dropped the

7 hours 33 min ago After breaking through with their brilliant debut single 'Old Mate Bill' earlier this year, emerg