Getting To Know... J Smith

Getting To Know... J Smith 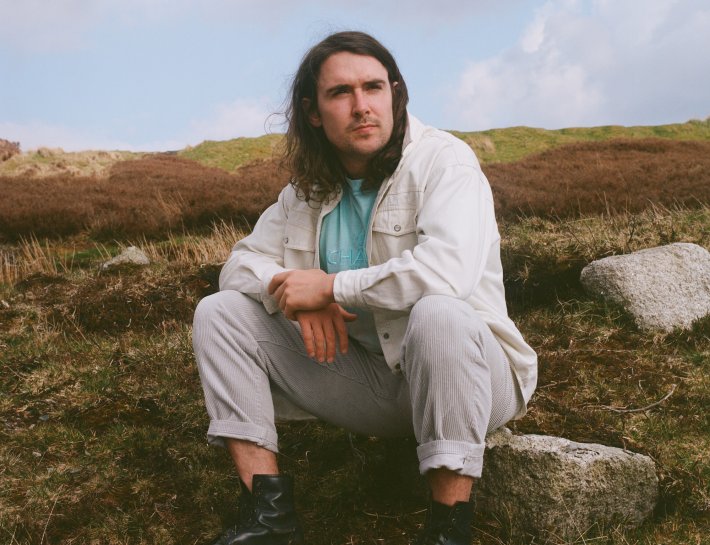 After spending the last few months establishing himself with a batch of fresh and vibrant material, Dublin-based singer and songwriter J Smith has now returned with his latest offering 'In The Death Of Something Beautiful'.

Channelling a broad and atmospheric Thom Yorke-inspired aesthetic from start to finish, 'In The Death Of Something Beautiful' makes for an incredibly enticing listen. Filled with soaring hooks, textured production, and his own captivating voice layered throughout, it certainly feels like he is on the cusp of something very special here.

Piano probably. I started when I was 5 but I can’t remember having the same drive as I do now for it, sitting in front of it for hours without noticing. I just remember my piano teacher would talk so vividly on the music, ask me questions like what was the writer trying to tell us when they wrote this. All of a sudden she change music into not simply something you experience then and there, but something with a history.

The first music that made me want to write, or gave me a desire to emulate would have been heavy metal music. I learned every riff, played every solo, rocked out in the garage. It lead me to other types of music which were guitar lead, like indie bands bloc party, or old songwriters nick drake or modern folk sniffers Julia Jacklin and Sun Kil Moon. These had the biggest impact on the music I play today.

The Offspring - Conspiracy of One. I definitely had other records before that, but that was the first one I can remember rushing to the store to buy and having on repeat.

Sun Kil Moon’s I can’t live without my mother’s love. It’s such a moving song and i think most broken hearted souls can relate.

I’ll play a riff or a chord progression to death until I don’t have to think about it any more than turn my phone on and sing gibberish until I find something I like. Usually the gibberish has sounds and syllables that will inform what the lyrics will be. Other things Ill do are find YouTube beats or make some using my laptop, loop them and play over the top.

Tom Misch and Yussef Dayes put out an album last year that I go running to everyday. That changes every couple of weeks. It was Tame Impala before, I think it’s about to flip to Kaytranada.

Big thief. They just got a vibe at the moment, and I think my style would fit well.

I’m very clear about what drives me, what I’m meant to do in life, I’ve known that for a long time. I think people, especially when they’re coming out of their twenties, struggle with knowing their purpose, but these moments of clarity come regularly when you sit down to create and express yourself.

How little support there is for creatives. There isn’t a person throughout the pandemic that hasn’t relied heavily on music as a coping mechanism, as an escape, as way to relate. Considering it’s such a necessary parts to our lives musicians such before giving more support to continue to bring music into peoples homes.

It’s better to own 5% of something which blows up, then 95% of something which is never heard by anyone. Get good people in your life to help with the bits that drain you of your creativity, or the bits you know little about. Cut them a percentage. These are the people who want to see you do well and who will be loyal. There’s too much to do these days that is outside of the musicians skill set. Lean on friends, and reward them for their help.

J Smith's new single 'In The Death Of Something Beautiful' is available to stream now. Check it out in the player below.

J Smith · In The Death Of Something Beautiful

13 hours 42 min ago Following up the release of her brilliant 2019 LP 'III', BANKS has now returned to share a brand

14 hours 33 min ago After cracking out a string of impressive offerings over the last few months, emerging US outfit