Getting To Know... Jason Rueger & The Eyes

Getting To Know... Jason Rueger & The Eyes

Their new single 'Fault Line' is out now 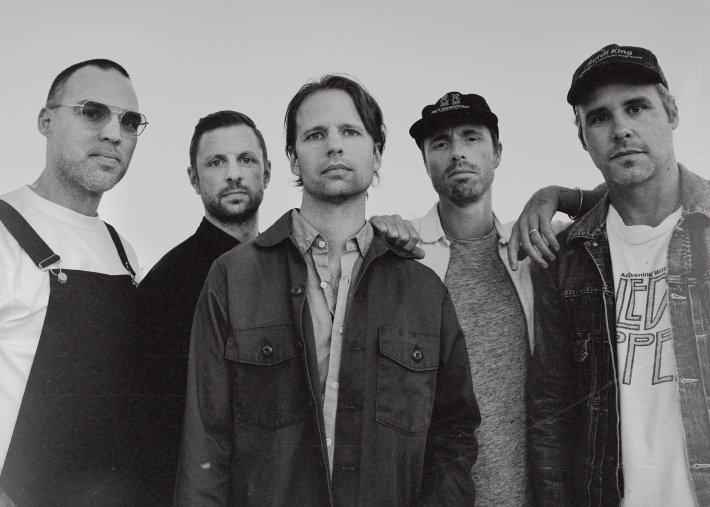 Following on from the release of their much-loved self-titled debut album last year, LA-based outfit Jason Rueger & The Eyes have kicked off their new year with their latest single 'Fault Line'.

Lifted from their sophomore LP 'Dowsing the Desert', which is available to stream now, 'Fault Line' offers up more of that smooth and breezy aesthetic they are known for. Jam-packed with sweet and harmonious textures and uplifting atmosphere throughout, these guys look set to make themselves known to a wider audience very soon.

So with the new single available now, we sat down with Jason to find out more about his background and what has inspired him most over the years.

As a kid I was obsessed with George Harrison’s sitar on ‘Within you, Without you’.

It was a blend of classic rock and jazz. It started with The Beatles, Bob Dylan, John Coltrane and I remember a turning point of influence when I found Big Star, Radiohead and Wilco.

I Must Be In a Good Place Now - Bobby Charles.

I try to find a quiet spot in the house, typically later at night. I’ll have my mics set up so that I can capture ideas as they come. I’ve also found it helps to write with your headphones on, with a little reverb, which I’ve found creates a new space for melodies to bounce around.

Whether it be writing, playing a show, or working through technique, music is fascinatingly endless. I also love seeing my songs start as sticks on the ground and building a house around them. That process of starting with nothing and ending with something you’re proud of.

Falling in love with an idea or melody, and not being able to crack the code of making it a complete song. There are many ideas I’ve just had to move on from, but they tend end up resurfacing somewhere else, so its usually not a complete loss.

Find your voice, and lean into it.

Jason Rueger & The Eyes' new single 'Fault Line' is available to stream now. Check it out in the player below.

10 hours 27 min ago With her eagerly-awaited new remix EP landing next month, Bess Atwell has now shared the next cut

13 hours 22 min ago After an astonishing run of form throughout his releases over the last decade, South African sing