Getting To Know... Jay Blanes

Getting To Know... Jay Blanes

His new single 'To The Moonlight' is out now 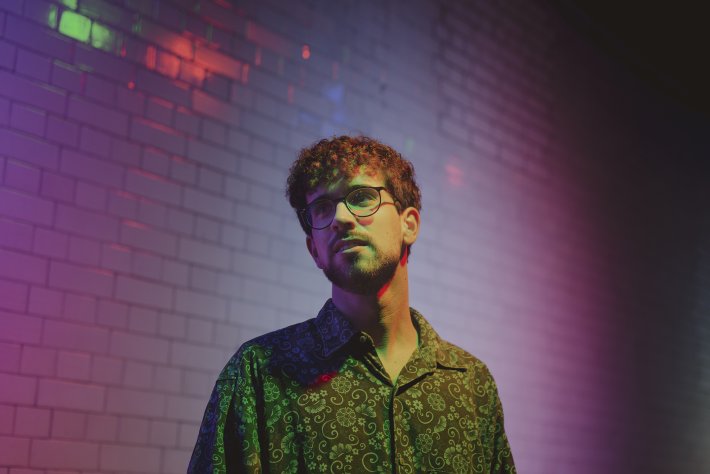 After spending the last year unveiling a breath of sweet and breezy offerings, which have since clocked up more than half a million streams in the process, London-based singer and songwriter Jay Blanes now returns with his latest vibrant delight 'To The Moonlight'.

Continuing his bright and glossy direction to date, 'To The Moonlight' perfectly encapsulates the soaring aesthetic he has been cultivating for himself. With his joyous vocal style married effortlessly alongside toe-tapping songwriting, we can be sure that things are only going to get bigger for him in the months ahead.

So with the new single available to stream now, we sat down with him to find out more about his background and what has inspired him most over the years.

My grandma convinced me to start with the piano. I never imagined myself playing anything else until I got into my teenage years and watched the Jonas Brothers on screen and met people in bands. I guess my first true love was the electric guitar, but I soon focused on singing.

As a child I didn’t have a huge opinion on it, my mum and grandma introduced me to most music: Spanish pop, Latin, musicals, 80s music, even opera. As I grew older, I discovered international pop and then indie, jazz, rock,… Now I love so many genres!

I believe it was Olly Murs, Right Place Right Time. I was about 17 and bought it on a trip quite impulsively. I guess my generation grew up with the mp3 player and then phones!

So many! One for which I recently had this thought was “The Joker and The Queen” by Ed Sheeran. Its lyrics and melody are fantastic!

Not really! I love trying new stuff on the guitar all the time, so I usually start with a chord progression or riff. I also keep writing when I really have something to say. Once I have the main idea, I can schedule some writing time to finish it.

Probably Ed. It was during one of his shows that I realised I wanted to do this professionally, it changed my life.

Sharing your music with the world, giving it to make it someone else’s and then singing it together when you meet in a venue. It feels like we’re all one.

The loneliness of the journey when you start and haven’t proven enough yet. Or the huge unbalance between effort/investment and reward in your early years.

Jay Blanes' new single 'To The Moonlight' is available to stream now. Check out the new video for it in the player below.

2 days 3 hours ago With their highly-anticipated new album due out next month, White Lies have now shared the next c