His new single 'Beach Parking Lot' is out now 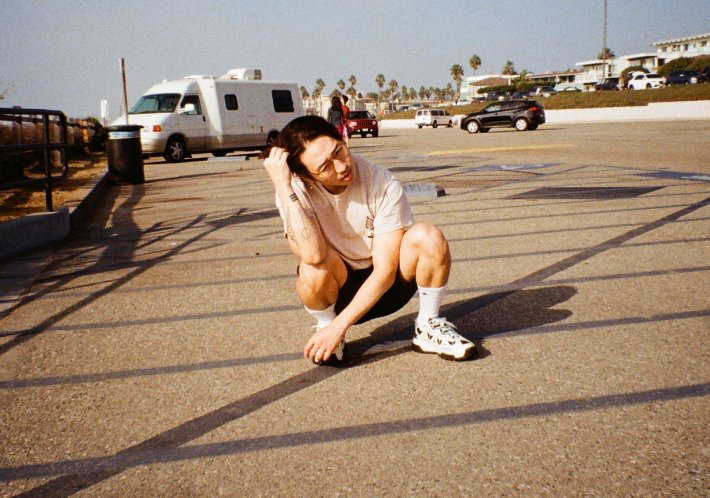 Following on from a string of smooth and enticing cuts this past year, California-based DJ and producer Jboi recently returned with his latest laid-back groove 'Beach Parking Lot'.

Taking his cues from the likes of Thundercat with his breezy direction, 'Beach Parking Lot' makes for a wonderfully sun-kissed return. The new instrumental was born to played under the summer sun, and gives us a bold and vibrant insight into his sound as a whole.

Piano. My parents made me take lessons in the 3rd grade and I took them for granted and stopped playing by the beginning of high school. Then Frank Ocean’s Channel Orange came out and I started playing again by learning the chords to every song in the album.

Oh it was all over the place. It really started off with the “scene phase” stuff, Mindless Self Indulgence, Bring Me The Horizon, Escape the Fate. And then by high school, all I would listen to was YG or Tyga.

Itunes download, it was Bring Me The Horizon’s Count Your Blessings. Physical CD, it was She & Him’s Volume 3 at a random Starbucks.

“Walk With Me” by Cosmo’s Midnight. Or literally anything from Mura Masa’s self-titled album.

I wouldn’t really consider it a habit or ritual, but I always find myself singing or humming my melodies and really planning them out before I even lay them down.

This is going to sound really basic, but Diplo. But not like Coachella/EDC Diplo. I mean like Boiler Room in Lagos Diplo.

Every single aspect of being a musician is rewarding in itself. I feel like anyone who has experience in literally any artistic medium really gets that.

Deadlines. But even that can also be rewarding.

Wow, there’s so many. I’m honestly still learning as I go. But the most recent that really stuck with me was when Adam Neely said something like “Don’t go into music to be profitable and go into music because you have to make music and to do anything else would leave you unfulfilled”.

Jboi's new single 'Beach Parking Lot' is available to stream now. Check it out in the player below.

7 hours 2 min ago Following on from the release of his highly-praised 2018 LP 'Good Thing', Leon Bridges has now an