Her new EP 'BLADE' is out now 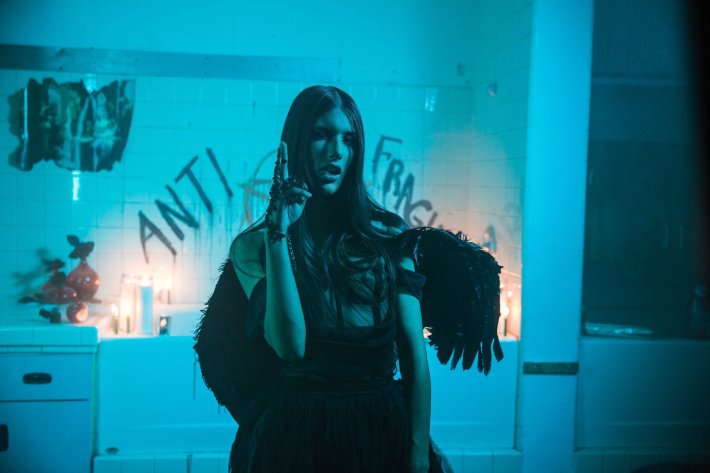 After cementing herself with her brilliant debut single 'Cruel' in recent months, LA-based artist Jennalyn has now delivered her stunning new EP 'BLADE'.

Channelling a bold and pulsing dark-pop aesthetic from start to finish, 'BLADE' makes for an instantly engaging listen throughout. With her transportive vocals riding a wave of rich and atmospheric production, it already feels like we will be hearing a lot more from her in the very near future.

So with the new EP available now, we sat down with her to find out more about her origins and influences over the years.

I fell in love with piano when my parents started me in lessons around 6.

I grew up in a religious household and wasn't allowed to listen to the radio. I started listening in secret when I was 13 and became obsessed with BANKS, Tove Lo and Charlie XCX.

I think I purchased Tove Lo's Queen of the Clouds on iTunes in secret haha.

The last song I felt that way about was You by Troye Sivan. I played that song in my car all summer. It made me melancholy in a comforting/dreamy way.

I don't have any die hard traditions yet. But 9/10 times I start with the lyrics.

I recently discovered Emeline! And I've been obsessed with Naomi Wild and Hope Tala lately.

There's so many rewarding parts of being a musician. Standing onstage and hearing people shout your lyrics back at you or finally writing a song that captures the feeling I've been trying to articulate. Those are the victorious moments.

The frustrating parts are the instability of this profession, the rejection, the exhaustion. But I could never be anywhere else right now.

Devesh Dayal, my main producer on BLADE told me that just because we change something doesn't mean it's better. It's just different. That's really changed how I view my art. Striving for excellency but also creating art that resonates is important to me and sometimes you have to let that art breathe.

Jennalyn's new EP 'BLADE' is available to stream now. Check out the video for her breakthrough single 'Cruel' in the player below.