Getting To Know.. The Jerichos

Getting To Know.. The Jerichos 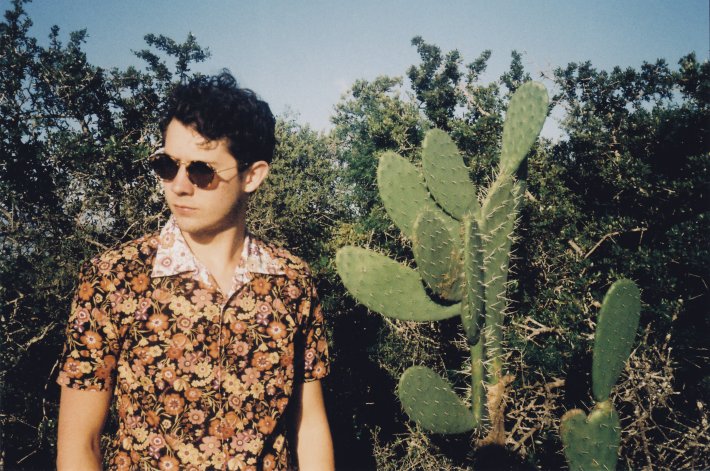 Having already established themselves with an array of vibrant offerings this past year, Oxford-based out The Jerichos are back once again to unveil their latest sweeping cut 'Even If You Are The Cactus'.

Channelling a broad and psychedelic texture from start to finish, 'Even If You Are The Cactus' makes for a wonderfully vivid listen. Taking cues from a mixture of 60s and modern day psych-rock influences, their latest gem showcases themselves as a rich and uplifting act with bags of potential to spare.

So with the new single available now, we sat down with the band's frontman Julian Wagstaff to find out more about his origins and what has inspired him most over the years.

The first instrument I fell in love with was the guitar, I was listening to Black Hole Sun by Soundgarden and something clicked, so bought an acoustic guitar and learnt the riff and then went from there.

When I was young I loved a lot of rock and blues music. Jimi Hendrix, The Rolling Stones and Oasis. I still love my rock music but I suppose I now listen to all sorts of music.

Oasis - Don’t Believe The Truth was the first album I remember owning and the first album that I fell in love with. This was when I first got into Oasis, which was also probably the first band I got really into as well.

Probably Gimme Shelter by The Rolling Stones, I can’t put my finger on what it is about the song but it gives me chills every time I hear it. I think the song is great and also the recording is amazing as well.

I don’t really have an habits or rituals as such that I go through, but when writing new music I will tend to get a new idea when I’m doing else like when I'm at work or trying to sleep or even in the shower. Then will go and work on the song when I next can and develop it from there. But it varies each time, It usually is a melody that is what starts the writing process with me.

Recently I have found myself listening to a 70s disco and soul songs from people like Chic, Kool And The Gang and Al Green. I also am loving Royal Bloods new album very nice fusion of rock and disco.

At the moment id love to open for Tame Impala I think that would be pretty amazing and they are one of my favourite bands.

For me personally the thing I enjoy the most is songwriting and the feeling of writing a song and the journey songs through.

Recently I have found balancing everything quite tricky, as when artists are starting out they tend to do all the different parts from being a musician to marketing their music such as social media and production. Also having a normal job to pay the rent and finding the balance.

Very obvious one but just to enjoy the journey and not get fixated on the destination. I am getting better with this one as I used to always be living in the future and not completely present.

The Jerichos' new single 'Even If You Are The Cactus' is available to stream now. Check it out in the player below.

The Jerichos · Even If You Are The Cactus

11 hours 17 min ago With her eagerly-awaited new album arriving in the coming months, Martha Wainwright has now dropp

6 hours 36 min ago With the likes of BBC Introducing and Radio 1xtra praising her work over the last few months, Man