Getting To Know... Joslyn Daniel

Getting To Know... Joslyn Daniel

Her new single 'Never Again' is out now 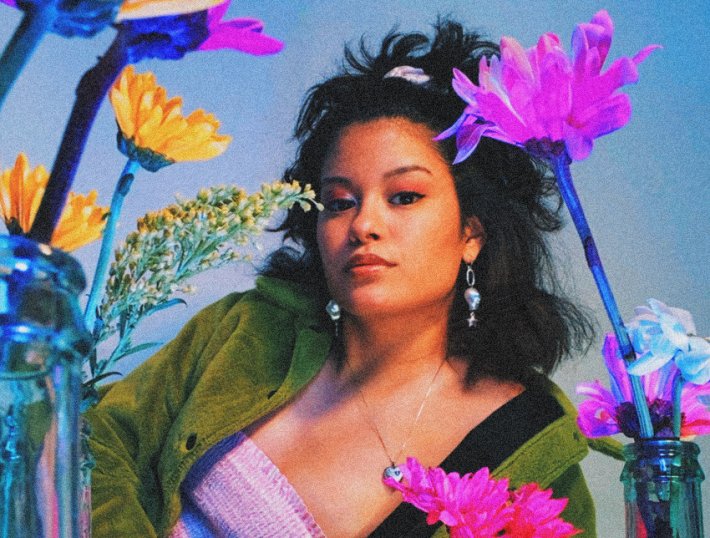 After emerging earlier this year with her highly-praised singles 'greener grasses' and 'Venus-Mars', US singer and songwriter Joslyn Daniel has now returned to share her latest effort 'Never Again'.

Channelling a raw and passionate RnB-inspired direction throughout, 'Never Again' makes for a powerful return from this young artist. Filled with powerful emotion, pulsing production, and her own captivating vocals filing the space from start to finish, it feels like she is set to become a huge talking point over the coming months.

I fell in love with piano because it felt like the possibilities were endless. I could play any song by ear and if I got it wrong, the right note was just a half step away.

As a kid, I really loved pop music. Britney Spears, Kelly Clarkson, Hilary Duff, and then as a teenager, I fell more into the pop rock scene. I was certifiably “emo” with Paramore and Panic! At The Disco stickers donning folders and doors.

The first album I owned, that was notable, was a vinyl of Fleetwood Mac’s Rumours, which I actually found in a $5 mystery box at the record store.

I wish I would’ve written Je cours by Félix Dyotte but I can’t speak French at all.

As far as rituals, I like to light some incense and essentially meditate on my feelings. Most often, I try to put myself back into a situation in my mind, to gauge the memory better and figure out exactly what parts of the experience affected me most.

I am currently binging Gregory Alan Isakov’s “This Empty Northern Hemisphere,” after hearing it at a close friend’s house for the first time this past weekend. Yeah, I’m one of those people who plays albums in order, on repeat.

The most rewarding part of being a musician is the chance to share an experience with someone from a completely different part of the world from me. Music is so powerful and expansive.

The most frustrating part is the fact that I HAVE to make music, no matter what, or else I will implode! It’s a mental and emotional need - to drain myself of past experiences by way of song.

The best advice I’ve received is to just have fun and to not take myself so seriously. Be professional, but still find the joy in the art - because the challenge of self promotion and gathering listeners can be so daunting sometimes.

Joslyn Daniel's new single 'Never Again' is available to stream now. Check it out in the player below.

3 hours 30 min ago Following on from the enormous love for their recently released EP 'Good Dog, Bad Dream', Hippo C

1 hour 47 min ago Having spent the last few months delivering a wealth of bold and captivating offerings, emerging