Getting To Know... Kamran Ramsden

Getting To Know... Kamran Ramsden

His new single 'Unfortunate Star' is out now 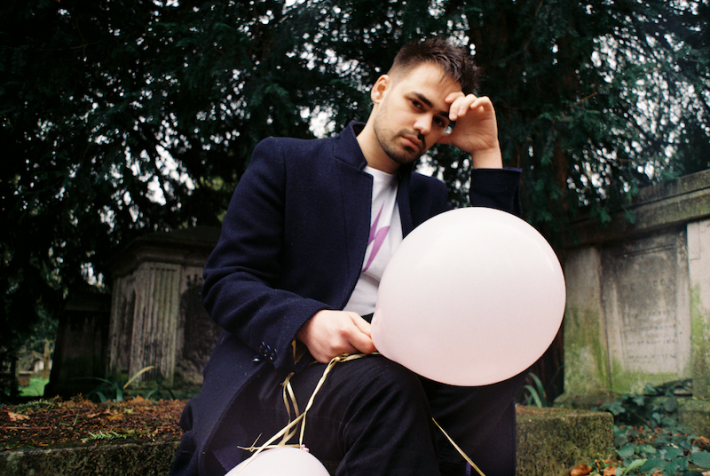 Following on from the enormous praise for his previously unveiled single 'Veronica' in recent months, London-based artist Kamran Ramsden has now returned once again to unveil his shimmering new offering 'Unfortunate Star'.

Lifted from his forthcoming new EP 'Funeral For A Birthday', which is out soon, 'Unfortunate Star' makes for a wonderfully inviting listen. With its raw and driven indie-rock energy, captivating atmosphere, and his own mesmerising voice at the helm, he is definitely a name worth keeping a firm eye on for the future.

So with the new single available now, we sat down with him to find out more about his background and influences over the years.

My very first guitar: a Fender ¾-sized Mahogany Acoustic that I got for Christmas when I was 10. That was really the beginning of my musical journey; I’d become aware of what guitars were that year because I loved watching Drake and Josh and one day just decided that the easiest way to form some sort of identity would be to learn how to play one. My Uncle had a telecaster, and the unspoken rule was that if I could pick it up, he’d convince my parents to buy me a guitar. I have a vague memory of having it put on my lap at a family gathering and strumming it in front of everyone. Later that year, the Fender turned up underneath the tree.

I’m tempted to say Dad rock – cause all the music I listened to was rock which I was mostly introduced to by my Dad – but in reality it was a mixture of Classic Rock, Alternative, Goth and Pop-Punk. The first artist I was ever aware of really liking was Lenny Kravitz and I would air-guitar to ‘Fly Away’ at any chance I got. I also have a very strong memory of rifling through the CD drawer and finding ‘The Best of Led Zeppelin – Early Days (Volume One)’, which features a Méliès-inspired picture of the band all in space suits in front of the moon: I recall putting it on in the car and thinking that the music sounded just as alien as the cover looked.

Franz Ferdinand by Franz Ferdinand, which I got when I was maybe 11 or 12. I couldn’t have bought it myself – being a literal child – but that was the first time I got a sense of an album actually belonging to me. I think I’d seen them on TV playing ‘The Dark of the Matinée’ and enjoyed how bizarre and catchy and new it seemed. Also, unfamiliar as I was with the conventions of theatre, I misread ‘Matinée’ as ‘Manatee’ and so for a long time assumed that Alex Kapranos was singing about a large, cow-like sea creature. Still a great song though.

There’s obviously so many I could choose but, going on sheer skill alone, I’d have to pick ‘Lover, You Should’ve Come Over’ by Jeff Buckley. It’s just such a well written piece. The opening line about watching the funeral procession in the rain ‘parading in the wake of sad relations, as their shoes fill up with water’ is so chilling and poetic. Also, the way he pushes chords around the fretboard with disregard for any traditional rock or pop structure is just mystifying and gives the whole song an almost watery feel – I haven’t figured out how to do that yet without making a mess.

I wouldn’t say I have any rituals, other than I like a quiet space where I can let my thoughts breathe. In terms of habits, I’m constantly trying to break them and push into discomfort– as Bowie said, an artist should always go out further into the water than they think they’re capable of, cause that’s when they’re about to do something interesting.

I’ve been really enjoying the most recent music from The Weeknd – who’s an artist I’ve always liked the idea of but not actually been that into until recently. I love the vulnerability that he shows in DAWN.FM and the themes of decaying and death, it’s kind of goth if you think about it. And Jim Carey as the fake radio-host/cult-leader is pitch-perfect. The soundscapes on that album are also beautiful and set off my synaesthesia – especially ‘Out of Time’, which comes to me as a sort of cornucopia of pink-and-white blankets of sound. Amazing.

The Strokes. Definitely the most basic-bitch answer for an indie artist in their 20s, but really, there’s no one better. Also, Julian Casablancas has always been kind of a style icon for me and I feel like we could trade jackets.

It’s a huge cliché but I really do find the creation of music to be a reward in and of itself. Not to say I wouldn’t like to be rewarded for it in other ways (like, financially) but I do find the moment when you start to realise a song is coming together amazingly thrilling and that’s what ultimately drives me. That said, it’s nice seeing music you’ve created become part other people’s lives – especially when those aren’t people you know personally. That’s only just started to happen for me but watching it can be really heart-warming.

For me, it’s the social aspect – whether that’s online or in person. I’ve struggled with social anxiety for most of my life and it’s frustrating when I feel I’m being held back by it. But it helps to know that I’m not the only one – everyone has strengths and weaknesses and I’ve recently been relying on my music and what makes me unique as an artist to give me the edge.

That there’s no such thing as making it, which I was told by someone who at the time was playing to arenas with one of the biggest pop acts in the world. We all lust after success, but in reality, you’re going to be the same person with the same body and mind regardless of whether you’re playing at the O2 Arena or the pub down the road – so you may as well look after yourself and enjoy the good times whilst they last.

Kamran Ramsden's new single 'Unfortunate Star' is available to stream now. Check out the new video for it in the player below.

7 hours 27 min ago With her eagerly-awaited debut mixtape arriving later next month, Biig Piig has now dropped the n