Getting To Know... Kid Kin

Getting To Know... Kid Kin

His new single 'Control' is out now 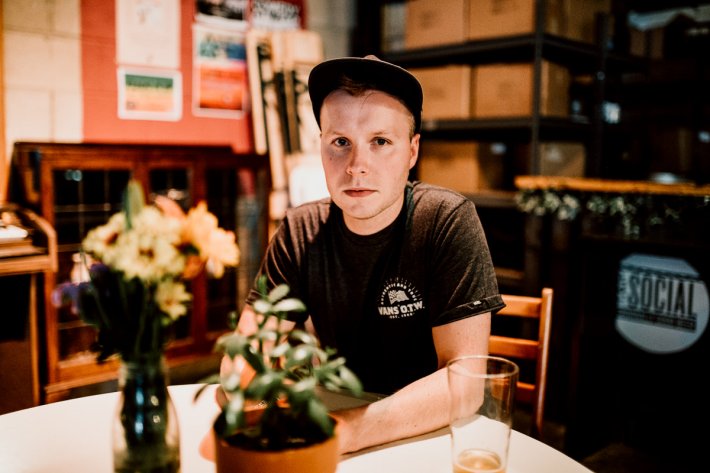 Having already established himself with a string of bold releases in recent years, Oxford-based producer and multi-instrumentalist Peter Lloyd aka Kid Kin has now returned to deliver his fantastic new single 'Control'.

Lifted from his forthcoming new EP 'Discompose', which is set to land later this year, and collaborating with The Bobo for the release, 'Control' makes for an incredibly warm and uplifting listen. Jam-packed with supple electronics, captivating production, and some luxurious hooks littered throughout, we can't wait to hear what he has in store for us next.

Piano, whilst I spent my teens playing guitar in bands, I played piano before that, something I’ve been happy to come back to more recently.

I was mostly into the British rock scene such as Biffy Clyro and Oceansize, and also post-rock such as Mogwai, Godspeed You! Black Emperor, and Sigur Ros. I also listened to loads of early Four Tet and Bjork.

There’s a song called ‘Leaf Stricken’ by Haiku Salut which encapsulates so much of what I’ve tried to create in my own music. It seems to meld together lots of my own influences, but better than I ever could!

My gigs used to consist mostly of looping a riff or chord sequence and building a song around it, and that reflects how I write and record: I either try to capture a live loop or play around with recorded samples until I find a sound that connects or sounds fresh to me, then I build a song around it.

Lately I’ve been going through a phase of listening to lots of interesting electronic artists such as Kelly Lee Owens, Jim E-Stack, Low Island, and Daniel Avery.

I think most of my songs are inspired by people I know or meet, or more accurately the emotions that I encounter through their experiences. I find it much harder to write about myself.

At my first London gig, there was an audience member taking photos at the front on this really expensive-looking camera. After my first song he dropped it, and it smashed to pieces on the floor. I guess it wasn’t funny for him, but it really broke the ice for everyone else as we laughed at the poor guy’s expense, somehow calming my nerves for the rest of set, as I thought “what am I worried about, this guy just broke his camera!”

I’d love to open for Mogwai, just to experience their amazing live show up close!

Don’t focus too much on social media and numbers, keep it fun and keep creating.

Kid Kin's new single 'Control' is available to stream now. Watch the new video for it in the player below.

6 hours 56 min ago With his highly-anticipated new album dropping early next year, Miles Kane has now unveiled the n

6 hours 49 min ago Just when you think the indie-rock scene has reached peak saturation, an artist comes along and f