Getting To Know... Lazy Daze

Getting To Know... Lazy Daze

His debut EP 'Pitted' is out now 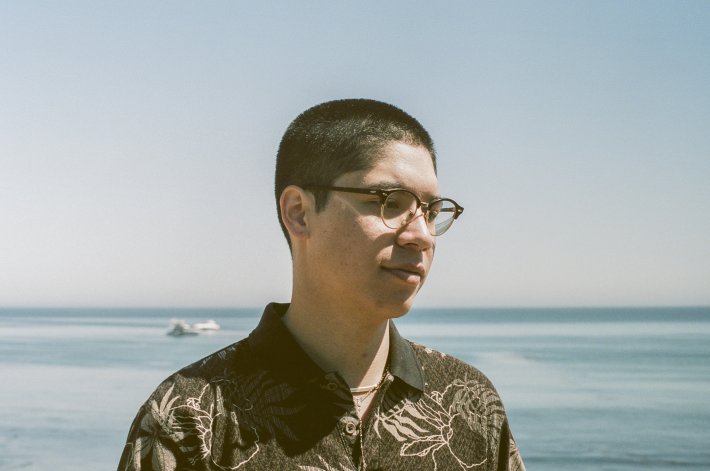 Channelling a warm and windswept aesthetic from start to finish, 'Pitted' makes for a wonderfully smooth introduction to his sound. Filled with soaring textures, killer hooks, and his own laid-back demeanour layered throughout, it certainly feels like he is onto something very special with this release.

So with the new EP available now, we sat down with him to find out more about his background and what has inspired him most over the years.

I grew up playing piano and guitar. My mom basically forced me to take piano lessons when I was really young and I was always trying to find a way to skip my lessons so I could go out and play with my buddies outside. So as a sort of rebellion I decided I wanted to play the guitar instead. My parents never paid for guitar lessons though, I ended up just teaching myself how to play by ear and by reading tabs. Eventually, when I got older I found a dude to jam with who had a bass. I was instantly obsessed and I couldn’t stop playing his bass. After the jam session I asked if he wanted to trade my guitar for his bass and he was down for it. Ever since then my heart has always been with the bass. I just love being in the groove and rhythm with a song. It’s so chill and I couldn’t think of a better instrument that compliments me. So the bass is my first choice of instrument always.

When I was younger I loved all sorts of music. I mean I remember listening from everything to pop music all the way to country music. Whatever sounded good to me I rocked with it and that is still true to this day. I like to think that I have good taste in music but I feel like everyone thinks they do so who the hell knows. I remember the myspace days when on your profile you could pick a song that would play when your friends would visit your page. I always would have the most random songs on there. I remember having like Saosin, NEVERSHOUTNEVER, All Time Low, Devil Wears Prada, 3OH!3, I Set My Friends On Fire, and all those type of bands as like my main “aesthetic” at that time lol. Those were definitely the good ol’ days. Along with that type of sound though, I would also listen to Sublime, Lil Wayne, Elvis, Beach Boys, Misfits, Blink 182, and so on. I wouldn’t say I grew up only listening to one type of genre. I listened to everything.

My first albums that I remember ever owning were, “Good News For People Who Love Bad News” by Modest Mouse. “Songs About Jane” by Maroon 5. “From Under The Corktree” by Fall Out Boy. And “Hot Fuss” by The Killers. Like I seriously had all those albums on rotation on the daily for years! I had a CD player and I remember playing all those albums during my bus rides to and from school and in-between my classes. During the bus rides, I would try SO hard to stay still so the songs wouldn’t skip lol. And I honestly still listen to these albums because I love them so much. A lot of the music I listen to now is still from the 2000s, which I personally think is the best era for music.

Honestly “This Love” by Maroon 5. There is no part of that song that isn’t great, and I have such an appreciation for just perfectly written and composed pop songs so for me, I’ve always looked at “This Love” as kind of the holy grail for a tight 3-minute song. There is nothing in that song that doesn’t need to be there, and that is kind of how I like to create my music as well.

Not really. I always just write music in my room and (allegedly) get stoned. Sometimes if I really need to get inspired I’ll go on YouTube and just watch surfing videos and to try to catch a vibe. I’ll play along some riffs or chord progressions that I’ve made up to the video of people surfing and if whatever I’m playing works along with the video than I know I’m on to something. That’s how I get some of my music done if I find myself in a writer’s block. Other than that it’s usually just fucking around until I catch a vibe I guess.

Well, Larry June, Doja Cat, Khruangbin, Sweeping Promises, Modest Mouse, Tennis, Mariah Carey, Surf Curse, Knocked Loose, Shannon and The Clams, Johnny Cash, etc. and I mean the list goes on and on honestly. I could name so many more artists and bands but I don’t want to write a whole essay about it and bore the readers lol.

This is a great question, and also a very hard one. I had to sit and really think about this one because there are just so many amazing artists and bands out there who I would want to open for. And I have two answers. If I could go back in time I would open for The Beach Boys. At present time, I would open for Mac Demarco. In my mind, for my generation, he is the King of Indie music. Hopefully, in the future, I can meet him and let him know how much I appreciate him.

The most rewarding part is finishing a song and then listening to it for the first time after you’re finally done writing and composing it all together. There is no better high than the satisfaction of hearing your creativity come to fruition. Something that never existed in the world is now existing and it always blows my mind because I’m just like “how the fuck did I write this?” lol.

The hardest part is being patient. I’m so new to the music industry and still learning so much every day. I’m nowhere close to where I want to be as an artist but I am now starting to see the big picture too. I’ve been making music for a long time now. It’s taken me a lot of patience to be where I am now, and I’m still not even close to where I know I can be. So being patient is what I would say is the hardest part. But at the same time.. it’s the most rewarding part in the long run because I feel like all my hard work is going to pay off in the end. I just gotta wait for my time.

Lazy Daze's new EP 'Pitted' is available to stream now. Check it out in full via the player below.

15 hours 48 min ago With their highly-anticipated new album now just days away, LUMP have dropped the final cut to be

16 hours 43 min ago After spending the last last year releasing a flurry of warm and enticing cuts, LA-based duo Skyc