Getting To Know... lazy hunter

Getting To Know... lazy hunter

Their new single 'influencer' is out now 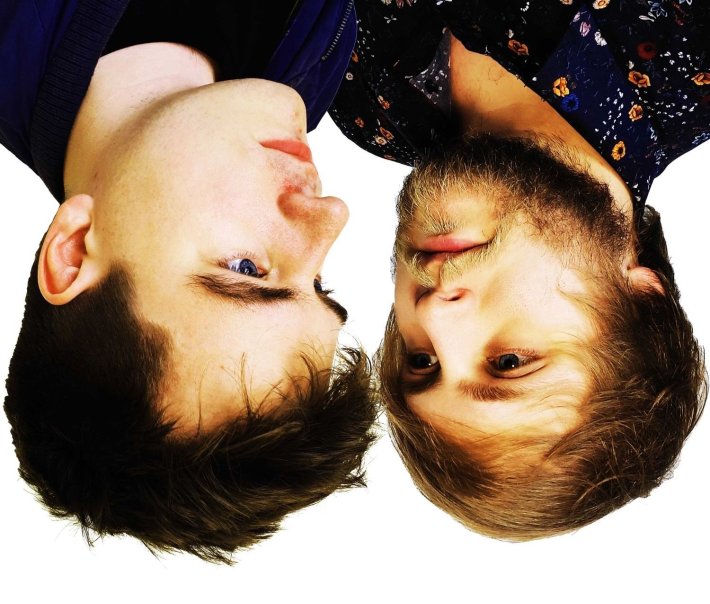 Following on from the release of their highly-praised 'antisocial' EP near the end of last year, Manchester-based duo lazy hunter are back once again as they deliver their latest vibrant offering 'influencer'.

Lifted from their forthcoming mini-album 'Fast Track to the Peach Blossom Spring', which is set to arrive soon, 'influencer' showcases more of that bold and explorative indie-rock direction they are known for. With its rich and glittering textures matched against bold and powerful hooks, these guys look set to take 2022 by storm.

So with the new single available now, we sat down with frontman Chris Gibson to find out more about his origins and what has been inspiring him lately.

Guitar. I started learning classical guitar in primary school, after my Year 4 class rival started lessons and 8-year-old me thought “I can do better than you”. Despite my impure intentions, I fell in love with playing, and set about learning everything I could about how to play guitar. This, coupled with an emerging fascination with guitar heroes through the decades, eventually evolved into an obsession with electric guitar as a teenager. I still get the classical out from time to time, though - it actually appears on the upcoming mini-album.

My first musical love in terms of genres was classic rock music, very uncool. I remember discovering the Red Hot Chili Peppers when I was still in primary school, and that opened the door for a tsunami of classic rock music from the 60s onwards: The Who, Jimi Hendrix, David Bowie, Queen, Prince, Green Day, Nirvana. As a teenager, I moved into heavier music - White Pony by Deftones was one of my favourite albums - and into emo from the early 00s. I still occasionally listen to Three Cheers for Sweet Revenge for nostalgia.

By the Way - Red Hot Chili Peppers. That, or Heroes by David Bowie (which is what I usually tell people, because it’s quite a bit cooler).

Controversy by Prince. A bit of a leftfield choice, but I’ve always been taken with the juxtaposition between verse and chorus in that song. The verse is just holding down the groove, hammering it down, and then out of nowhere the chorus comes in with this incredible melody. It’s a masterclass and it gets me out of my seat every time.

It sounds stupid, but I avoid trying too hard. If I sit down and think “I’m going to write a new song now”, zero ideas will come to me. I find that the initial spark of inspiration usually comes when I’m doing something boring like washing dishes. My mind wanders and I’ll just stumble upon a melody or a phrase that starts the process.

I’m loving the new Everything Everything track, Bad Friday. It reminds me of Kate Bush in an odd way. I’m also enjoying the new Foals singles, they feel very back-to-basics to me. In terms of emerging or lesser-known artists, Black Country New Road’s albums are great, and I recently got into Working Men’s Club. Their track John Cooper Clarke is excellent.

Foals. They are our favourite band, hands down. Yannis, if you’re reading this, give me a call…

The moments in the studio where you come up with a part and it brings everything to life, like a shot of adrenaline, and just makes you go "yes! That's it!" Those breakthrough moments. It's like finally solving a problem or beating a level in a video game. I've heard Thom Yorke describe those moments as "hits", which is apt, because they're addictive.

Honestly, promoting music in the modern landscape, as an independent artist with no record deal, is so hard. You have to be your own press agent, designer, social media manager, all that stuff. It’s a lot to do on top of making the music itself! But it’s worth it to get the music in front of people.

Take frequent short breaks. This changed my life. I was prone to sitting, staring at my computer or my guitar, waiting for the magic moment, which would rarely come. When writing, if the idea isn't there, don't push it - go for a walk or do something different, then come back to it. The same applies to arranging, recording and mixing - if you're feeling fatigued or losing perspective then stop, do something else, come back to it later. I finished more music, and made better quality music, than ever before when I started doing that.

lazy hunter's new single 'influencer' is available to stream now. Check it out in the player below.

10 hours 20 min ago With her eagerly-awaited new remix EP landing next month, Bess Atwell has now shared the next cut

13 hours 15 min ago After an astonishing run of form throughout his releases over the last decade, South African sing