Getting To Know... Leo

Getting To Know... Leo

His new single 'Helicopter Leaves' is out now 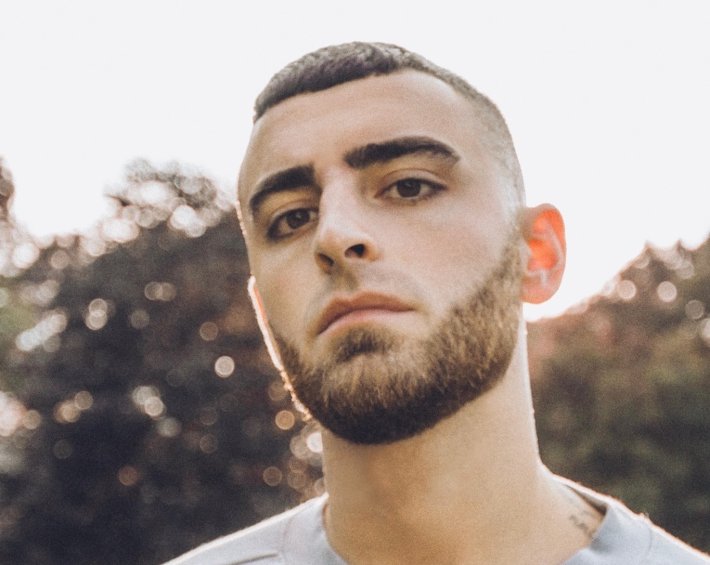 Following on from a string of vibrant offerings over the last year, US singer and songwriter Leo has now kicked off his new year with the breezy new release 'Helicopter Leaves'.

Channelling a wonderfully smooth and sweeping direction from start to finish, 'Helicopter Leaves' makes for a brilliantly inviting listen. With nods to the likes of Frank Ocean and Rex Orange County layered throughout, this one is perfect for switching off and kicking back after a hard day.

The first instrument I fell in love with was the drums. I’ve played since I was about 7 years old and have played off and on ever since.

When I was younger I loved 70s music because of my father. Artists with wide vocal ranges such as Freddie Mercury of Queen, Stevie Wonder, and a Elvis Presley caught my attention. Newer soft rock such as John Mayer, Cold Play, and Dave Matthews band I appreciated also. It wasn’t until 7th/8th grade that I discovered my love for RnB and Hip Hop inspired by artists such as Usher, Frank Ocean, Justin Timberlake, Drake, J. Cole, Kendrick Lamar, Tyler, The Creator, Mac Miller, Childish Gambino, Joey Badass and all of Beast Coast, and others.

The one album I remember owning was Bohemian Rhapsody by Queen on CD which I would play on my little stereo I got for Christmas one year. I would play this album over and over and while playing the drums to it.

I don’t really wish I could have wrote any song but one that comes to mind especially bringing up Queen is “Bohemian Rhapsody.” The way that song unexpectedly escalates instrumentally and vocally hits different for me. I connect with lyrics from Freddie such as “so you think you can stone me and spit in my eye? so you think you can love me and leave me to die?” I resonate with this feeling of constant rejection while being ridiculed and hated for expressing who I am especially when I started making music.

I believe all music depends on whenever you enter the flow state or not. The flow state is when you aren’t overthinking anything and you are just creating out of pure passion/enjoyment. Flow state is also when you are not judging yourself or anything you’re doing while letting enthusiasm take over. For me when an instrumental I really love inspires me I throw it into my DAW system and just start humming melodies until I fill in the lyrics. Eventually the song ends up creating itself through that pure flow state.

My top favorite artists at the moment are Anderson .Paak, Tyler the Creator, and Frank Ocean.

If I could open for anyone in the world it would have to be Tyler, The Creator.

The feeling of finishing a song and loving it. Also receiving genuine love for the art you are putting out into the world knowing it is making a difference for someone else in a positive way.

The most frustrating part for where I am at currently is struggling to get your name out there as an artist.

To not be to hard on yourself, detach from the outcome and trust in your vision.

Leo's new single 'Helicopter Leaves' is available to stream now. Check it out in the player below.

11 hours 17 min ago With her eagerly-awaited new remix EP landing next month, Bess Atwell has now shared the next cut

14 hours 12 min ago After an astonishing run of form throughout his releases over the last decade, South African sing