Getting To Know... Lesser Sparrow

Getting To Know... Lesser Sparrow

His new single 'Fade Away' is out now 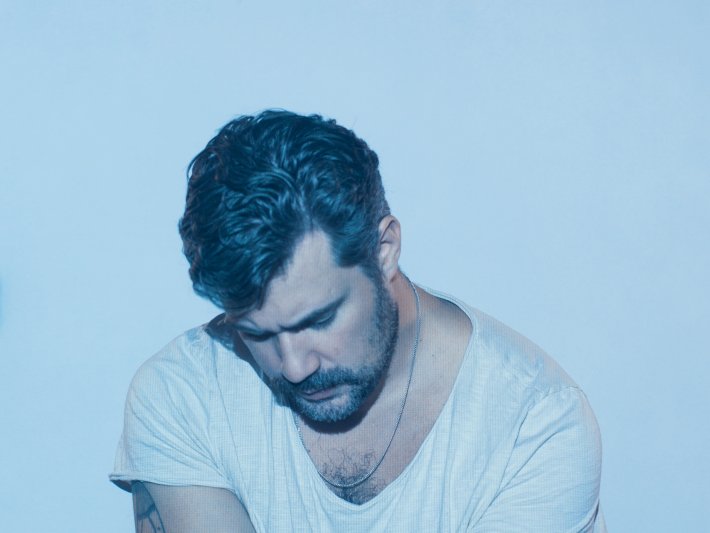 After spending the last few months introducing us to his rich and vibrant sound, emerging Brooklyn-based artist Lesser Sparrow has now returned to deliver his latest effort 'Fade Away'.

Channelling a broad and atmospheric aesthetic from start to finish, 'Fade Away' makes for a powerful and enticing listen. Jam-packed with shimmering production, soaring textures, and his own intoxicating voice layered throughout, we can't wait to hear what he comes out with next.

The guitar is my first true love. Historically as a kid, Hanukkah never yielded any truly transcendent gifts for me – but there was one year when my grandmother, who was a music teacher and local coffee shop folk hero, changed all of that for me. She gave me an Aria acoustic in tobacco sunburst. I didn’t even know how to tune the thing, but as soon as I held it in my hands, I felt something inside me shift a bit. I was eleven, maybe twelve, I found a second-hand copy of “The Beatles Complete Easy Guitar” and I never looked back.

I spent a lot of time as a kid exploring my parent’s pretty respectable record collection, so their favorite music inevitably became the foundation of mine. My mom was the folkie, so lots of Joni Mitchell, Bob Dylan, CSNY, Cat Stevens, Buffy Saint Marie. And my dad, in classic dad fashion, had the rock and roll section covered. Zeppelin, Creedence, Allman Brothers, Tom Petty. There was also some Motown and R&B, The Beatles, musicals, New Wave stuff too. And I think what every album that I had access to back then had in common and the thing that stuck with me the most, was the infinite power and joy of truly great songwriting.

Thriller. That was the first album that was definitely mine, not my parent’s. And man, I played the shit out of that record. I was completely obsessed. It’s such a magical piece of work because it defies all classification. When a six year old white kid from the suburbs of Connecticut can sing every word to “PYT” while spinning on his head in the living room – it’s easy to see why it’s the best-selling album of all time.

This Must Be the Place (Naive Melody) by Talking Heads. The groove, the instrumentation, the lyrics, the mood – it’s as close to a perfect artistic achievement as I think you can get. It’s upbeat and melancholic. It’s futuristic and it’s nostalgic. It’s straightforward and it’s existential. It’s danceable and it can lull you to peaceful sleep. And above all else, it’s such a tremendous declaration of love. I hear it and every time it’s the love song to my wife and to my daughter I wish I had penned. I’m really glad I got to live in the world at the same time as that song.

I don’t. And I would sometimes get down on myself for not having a more methodical process when making art, but I’ve come to accept and even actively appreciate how every new song emerges in its own unique way. When I’m in the mood to write, I let intuition guide me towards the space I want to be in and the tools I want to use. Sometimes I’ll sit down at the piano, other times I’ll open up a blank session in Ableton. I might fuck around with a sample or a drum loop, I might open up an old project I had completely forgotten about and become re-inspired. Sometimes I’ll tune my guitar to some obscure tuning, sometimes I’ll fiddle with effects pedals, and sometimes I just write down a string of words as they float inside my head. Inevitably, most of these moments are an end to themselves. A little sketch that fades as quickly as it appeared. But every once in a while, something clicks and off I go. And then the real work begins.

My daughter Nina is just about six months old, and it’s been fun for my wife and I to see how she responds to the different music we play for her. She lights up the most when we play dance and disco music, so we’ve all been grooving to that a lot lately. My wife Nicolle really opened that world of music up to me which I had always shied away from and never took seriously. Before, if I heard the word ‘disco’ I’d only think of the commercialized watered down stuff – Saturday Night Fever, Disco Duck, etc. But she was like “Nah, dude – you gotta hear the real stuff’. So she introduced me to artists like George Benson, Chic, Teddy Pendergrass, Grace Jones, Diana Ross, Lamont Dozier, Sebastian Tellier. She introduced me to DJs like David Mancuso and Larry Levan, and now I get it. Disco has so much connective tissue to music I already love – I just wasn’t ready for its greatness until now. Larry Levan’s mix of “Stand on the World” has easily become one of my favorite pieces of music ever produced.

Sharon Van Etten. I am consistently blown away by her vulnerability and openness as both a writer and a performer. Her last record “Remind Me Tomorrow” was a big inspiration on the my Lesser Sparrow album, so it would be a true honor to share a bill with her- I think we’d make for a powerful one-two punch. And then, after her set, both our bands would get on stage together for an encore and play “I Shall Be Released” and Jeff Tweedy would be there to jump in for the third harmony and Neil Young would be standing in the wings giving me a big thumbs up and it appears that all of a sudden this fantasy has gotten away from me.

It’s the built-in free therapy sessions for me. In the last few years I’ve started to take my mental health and commitment to self-care a lot more seriously. And in doing so, I’ve realized just how much I lean on making art to help me work through my own shit. So I’ve been feeling a lot of gratitude lately; gratitude towards having found this outlet from a pretty young age that lets me explore and examine and process and hopefully even recover from many of the feelings I would otherwise ignore and shut off from myself. And what’s kind of fascinating about the process is that it’s always done in this subliminal covert way. I never sit down and say to myself “Well, I’m feeling really shitty about this – guess I’ll write a song about it.” Instead I’ll spend two years writing songs for an album, finish it, listen back and realize “Oh shit – THAT’S what these songs were about?”

Ok so … I made this record. I wrote it, I performed it, I recorded it, I helped produce it. It didn’t exist and now it does – and good or bad, that’s an insane achievement. But even now, I still don’t think I have allowed myself to fully celebrate it. I finished the record and immediately got swept up in the ‘Ok, now what?’ mode. Who’s going to hear it? It’s not as good as this artist or that artist. How can I get on Spotify playlists? How many views on YouTube? It’s sad that I didn’t give myself some space for joy before moving on to the next thing. So I think what’s ultimately frustrating for me is that I’m making music in a time and place that is so directly connected and controlled by capitalism and capitalist ideals. Competition, perfectionism, self-aggrandizing, and the very notion of “success” itself. I can often get really caught up in these things, especially as I promote new music and it feels so at odds with the work itself. So I’m using this question as another reminder to myself to take a step back from all of that noise and just live in the warmth of these songs that I love and that I know a handful of other people love too. And maybe many more people will listen and love them, and maybe not. I’m working on becoming ok with all versions of what happens next.

In so many of the moments that I described earlier about self-doubt and overthinking, one of my closest friends, a brilliant teacher and entrepreneur by the name of Primos Cobb, has come to my rescue. Primos made no musical contributions to my album, but I don’t think it would exist without him. I remember being on the fence about posting this video of me working on a demo and I was ready to just scrap it and he turned to me and said - “Bro, you gotta drink your own Kool-Aid”. That shit made me crack up when I heard it, but it was exactly what I needed to hear. And now every time I’m feeling too precious or insecure about something I’m doing – I just think about Primos busting through a brick wall telling me to drink up. Whatever works, right?

Lesser Sparrow's new single 'Fade Away' is available to stream now. Check out the new video for it in the player below.

7 hours 1 min ago With his highly-anticipated new album dropping early next year, Miles Kane has now unveiled the n

6 hours 55 min ago Just when you think the indie-rock scene has reached peak saturation, an artist comes along and f