Getting To Know... Lily Hain

Getting To Know... Lily Hain

Her new EP 'Drifted' is out now 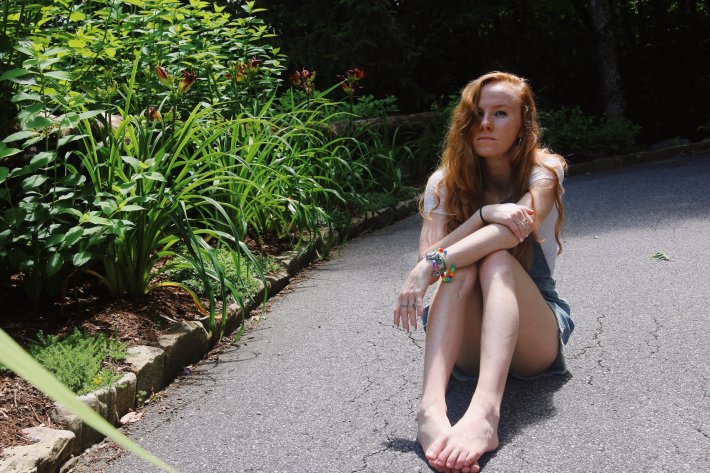 After delighting us with a string of fresh and exciting cuts over the last few months, fast-rising Brooklyn-based artist Lily Hain has now returned to deliver her highly-anticipated new EP 'Drifted'.

Featuring the previously shared offerings 'IMYJ (I Made You Jealous)' and 'People Grow Apart', 'Drifted' showcases that warm and uplifting pop direction she is quickly earning a reputation for. Filled with shimmering tones and her own captivating voice throughout, she is definitely one that will be soundtracking our summer.

So with the new EP available now, we sat down with her to find out more about her background and what has inspired her over the years.

The Cello! I used to play cello in middle school but stopped after 4 years because I had too many other commitments. I want to pick it up again eventually though because it’s still one of my favorite instruments.

I loved all kinds of music growing up but I’d say I primarily listened to pop and singer/songwriters. Aly & AJ, The Chicks, Backstreet Boys, and Hilary Duff were some of my early favorites.

The first CD I ever got was “Aaron’s Party” by Aaron Carter.

She Calls Me Daddy by King Mala.

No, not really. Inspiration for writing music comes at really random times for me so when an idea pops into my head, I write it down in my notes app or record the idea in my voice memos. Most of the time I’ll just write a few lines of a verse/chorus and come back to it later if I feel like it’s worth finishing.

Holly Humberstone is one of my absolute favorite artists at the moment. I discovered her about a year ago and I still haven’t found a song of hers that I don’t adore. I also recently discovered King Mala and I’ve fallen in love with her style of music.

The most rewarding part of being a musician is being able to connect with other people. Writing music is my form of therapy and although sometimes it’s scary to release songs that are so vulnerable, it’s also freeing. Reading through my comments on Youtube made me realize that a lot more people relate to my music than I initially thought. I just want other people to feel loved and understood and I feel like music can be a really beautiful way to do that.

The most frustrating part is probably the waiting game. I feel like there’s always a big gap in time between creating music and then releasing it. Whenever I make a song I really like, I just want to record it and release it right then and there but releases take a lot more time and planning than that. I just get really impatient when I’m excited about a song!

Hmmm that’s a tough question! Honestly, I think the best piece of advice I’ve ever gotten in general is to just go for it. I spent a long time trying to talk myself out of going after music because I didn’t believe in my abilities. Music is my favorite thing in the whole world and I feel lucky that I have encouragement and support from my friends, family, and now parts of the internet to keep going after what I love.

Lily Hain's new EP 'Drifted' is available to stream and download now. Check out the newly unveiled official video for the single 'IMYJ (I Made You Jealous)' in the player below.

8 hours 37 sec ago With his highly-anticipated new album dropping early next year, Miles Kane has now unveiled the n

7 hours 53 min ago Just when you think the indie-rock scene has reached peak saturation, an artist comes along and f