Getting To Know... Lindsay Ruth

Getting To Know... Lindsay Ruth

Her new single 'Stay Awake' is out now 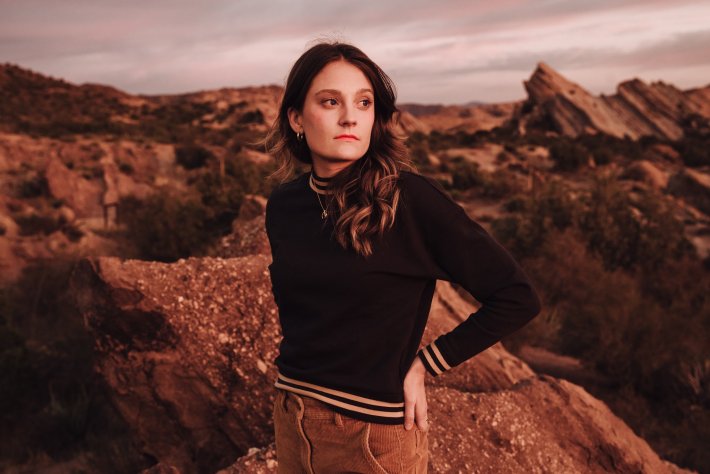 Following on from the success behind her debut single 'Still' near the end of last year, emerging LA-based singer and songwriter Lindsay Ruth has now returned with her vibrant sophomore offering 'Stay Awake'.

Bringing back more of that bold and diverse alt-pop sound she has cultivated for herself, 'Stay Awake' sees her return with a broad and atmospheric new cut. With its pulsing rhythm, textured aesthetic, and her own soaring voice filling the mix, she certainly sounds like she is ready for the big time on this one.

Definitely piano. It was the first instrument I learned, and to me, there’s nothing else that can invoke emotion quite like the piano.

I was into the Oldies, Funk, Disco, and anything that wasn’t actually being released while growing up. My parents were a huge influence on what I listened to, and I don’t think they were fans of any of the new music coming out at the time, haha.

I’m almost positive it was Michelle Branch. Both The Spirit Room and Hotel Paper. I listened to those albums over, and over, and over.

There are so many good songs I wish I could have written. One that comes to mind is Madison Cunningham’s “L.A. (Looking Alive)”. The lyrics are witty and I love the way she captures the essence of Los Angeles. Also, it’s a beautiful song, musically.

I typically start with music first. I always write based on feel, which makes it hard to double down and finish a song. If I’m not feeling it, I’ll leave it until I’m inspired again. I like to throw a ton of ideas into a project, and then sort through them all from there. The same goes with writing lyrics, there are usually about 5 pages worth of word vomit. I have a hard time making decisions, and I also get a bit obsessive about wanting to know every possible option before going forward. So every song is a bit of a longer process than others, I think.

Anyone one of those listed above, really. But if I wanted to make my childhood dreams come true, it would be Ben Folds. I don’t necessarily think it makes sense based on musical styles, but I have literally dreamed about it so many times. It would be crazy for that to actually happen.

The emotional return. Both for myself and others. The healing that comes after writing a song is very spiritual, I believe. It affects you in a way that I can’t explain or understand. And if that can be true for others too, I feel fulfilled.

Always knowing it could be better. And never knowing if it’s good enough.

If it resonates with you, and you love it, chances are it will resonate with someone else. Don’t hold back your art because you are scared. You have to make music for yourself. If there is any other reason you will burn out and become jaded.

Lindsay Ruth's new single 'Stay Awake' is available to stream now. Check it out in the player below.

1 day 3 hours ago After delivering their outstanding studio album 'SHYGA!

1 day 3 hours ago After impressing so many with her brilliant singles ‘Frank’ and ’Stripes’ last year, fast-rising