Getting To Know... Low Lying Sun

Getting To Know... Low Lying Sun

Their new single 'Hymn To Say Goodbye' is out now 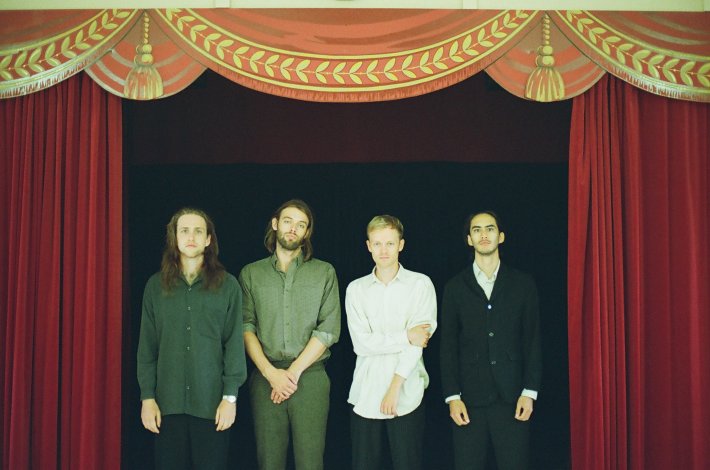 Lifted from their forthcoming debut EP of the same name, which drops on the 1st April via BSW Music / Lab Records, 'Hymn To Say Goodbye' makes for a brilliantly engaging listen. Jam-packed with soaring textures, anthemic hooks, and killer riffs throughout, these guys look set to make a major impact in the months to come.

So with the new single available now, we sat down with frontman Michael Hemmings to find out more about his background and what has been inspiring him lately.

You grow up listening to the music that your parents listen to. For me, that was people like Ian Dury, Stevie Wonder and Elton John. The first artists that I discovered for myself were bands like Blur and Radiohead, as well as early 00’s indie bands like The Strokes and Arcade Fire.

Perfect Day by Lou Reed. It strikes a balance between simplicity and complexity that makes it so easy to resonate with. The lyrics are heartfelt and grounded while the music is just perfectly crafted. It’s one of those songs that is so classic you can’t imagine it ever not having been written.

We’ve recently compiled a list of things to do when we’re writing. It’s easy to get overwhelmed so the list is full of small elements of songs like; find a nice line in a book to use as a song title or, make a sample from the last video in your phone.

Big Thief’s new record is great, as are all of their records. Really enjoying the new IDLES and Sunflower Bean stuff too. Also, late to the party but Do Nothing have been on regular rotation.

If it’s anyone throughout history then David Bowie, just so we could get the chance to meet him. So many of the bands we love are influenced by ‘Heroes’, it was a close 2nd for the song we wished we had written.

Playing shows and seeing people enjoy the songs you’ve written. You spend so long in the studio working on tracks, it’s really a special feeling when you see them resonating with a live audience.

How long it takes to release music!

Low Lying Sun's new single 'Hymn To Say Goodbye' is available to stream now. Check it out in the player below.

4 hours 9 min ago Following on from the release of their highly-praised 2020 sophomore LP 'So When You Gonna...', D