Getting To Know... Maejis Mind

Getting To Know... Maejis Mind

His debut single 'Dizzy' is out now 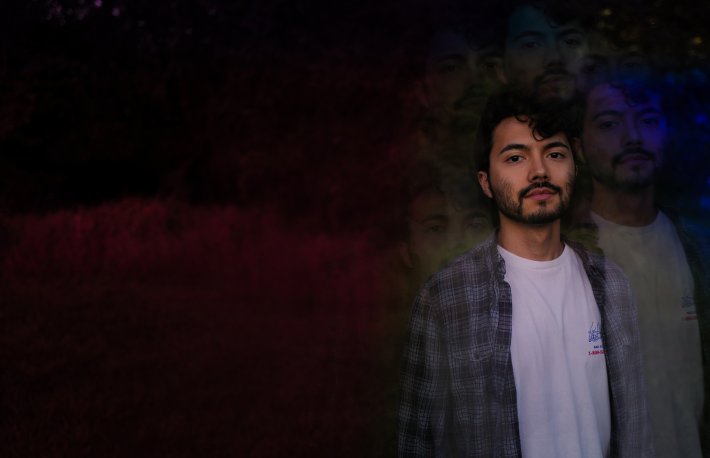 Channelling a rich and sweeping psychedelic aesthetic from start to finish, 'Dizzy' makes for a shimmering introduction to his sound. Filled with warm and pulsing grooves, uplifting hooks, and his own ethereal vocals layered throughout, it definitely feels like he is onto something very special with this one.

So with the new single out and about, we sat down with him to find out more about his background and what has inspired him over the years.

Piano! I started taking lessons when I was a little kid and remember becoming obsessed after I learned to play Moonlight Sonata. Since then it’s always been one of my favorite instruments.

Anything classic rock. My mom used to play The Wall in the car when I was a kid and my dad would play Black Sabbath so I developed a strong taste from that.

I think it was a greatest hits album from Black Sabbath.

Definitely “Runway House City Clouds” by Tame Impala...the energy of that song is relentless and I’m amazed he was able to capture that on record.

Sometimes I’ll only give myself about 15 minutes to get a groove down, then I like to go on a walk with no headphones and just try to play the beat in my head over and over. The hope is that I can either imagine where the groove would evolve to, or it gets morphed by my memory and I come up with something else.

Recently, I’ve been enjoying Courtney Barnett. I’ve also been listening to a lot more Joni Mitchell these days. Her live album Miles of Aisles is so good.

King Gizzard & The Lizard Wizard for sure. I’ve never even seen them live but I imagine their show must be amazing. It’d also be so fun to hangout with all of them.

Building a song from essentially nothing is really cool and fulfilling. Every time I start a new groove it’s intimidating because I have no idea how it’ll become an actual song. But when you’re listening to a rough mix and finally think “oh, this is clean”...that’s a rewarding moment.

When you have to take a break from playing! Just kidding...probably all the self-doubt. It’s really easy for that to come when you’re working alone.

Expecting anything from music is expecting too much. Good riffs and melodies can’t be forced! And don’t take yourself too seriously.

Maejis Mind's debut single 'Dizzy' is available to stream now. Check it out in the player below.

4 hours 42 min ago Having remained almost entirely silent since their 2013 LP 'Antiphon', Midlake are back to announ

5 hours 41 min ago Following on from a string of impressive offerings over the last year, Stockholm-based singer and