Getting To Know... Mak London

Getting To Know... Mak London

Her new single 'Cut Ya Clean' is out now 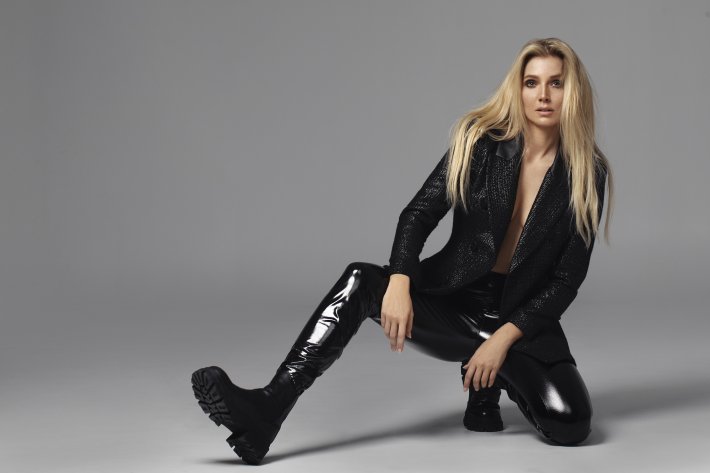 After the delivery of her terrific debut single 'Empress' earlier this year, emerging alt-pop artist Mak London has been moving from strength to strength as she returns to deliver her enticing sophomore effort 'Cut Ya Clean'.

Bringing back that bold and effervescent aesthetic she is known for, 'Cut Ya Clean' makes for a powerful return from the frontwoman. Filled with broad production, soaring textures, and her own sultry persona layered throughout, she is definitely one to keep an eye on for the months ahead.

So with the new single available now, we joined her in a quick chat to find out more about her background and what has inspired her most over the years.

I first heard my aunt playing the piano when I was very little and I immediately wanted to be next to it. Since then I’ve explored the guitar and drums and play them all in my spare time. I’m no pro, but I can play enough that I can write songs and do it for fun.

I grew up listening to music with my Dad. Anything he liked, I liked. So Fleetwood Mac, Dire Straits, The Police and Sting were on repeat in my home. Eventually I started listening to Top 40 and now I love everything!

My dad gifted me Sting and I listened to Fields of Gold on repeat.

Honestly - Butter! Haha, it’s doing so well. That’s a tough question because any song by the Beatles or Elton John comes to mind. But those aren’t the songs that are popular now. I think Finneas is a great songwriter.

Yes, when I’m in a songwriting week I immerse myself in music 24/7. It’s almost like my insurance to come up with something current but also unique. And then depending on the type of song, for example a ballad or dance song, I’ll listen to those songs to get in the mood. I’m one to write ideas on my phone a lot. I’ll hum melodies into my memo’s, write key words down and even pull in some visuals. It’s a process.

I’ve been listening to Doja Cat recently and also go back to Billie Eilish a lot.

Seeing the music connect with the listeners. The messages coming in about the songs make me really happy.

The major frustration is being Indie. It’s tough to get the message out. There’s so many songs coming out every day. So it’s tough. You’re always thinking about what else you can do.

Brett Kissel wrote me a long message when I first released empress. I have since printed it out and I read it every morning. Though I won't divulge on everything that was in that message, the one takeaway is persistence and to enjoy the journey.

Mak London's new single 'Cut Ya Clean' is available to stream now. Check out the new video for it in the player below.

11 hours 3 min ago After delighting us with a string of rich and enticing offerings these last few years, Belgium-ba