Getting To Know... Make Friends

Getting To Know... Make Friends

Their new single 'Fever' is out now 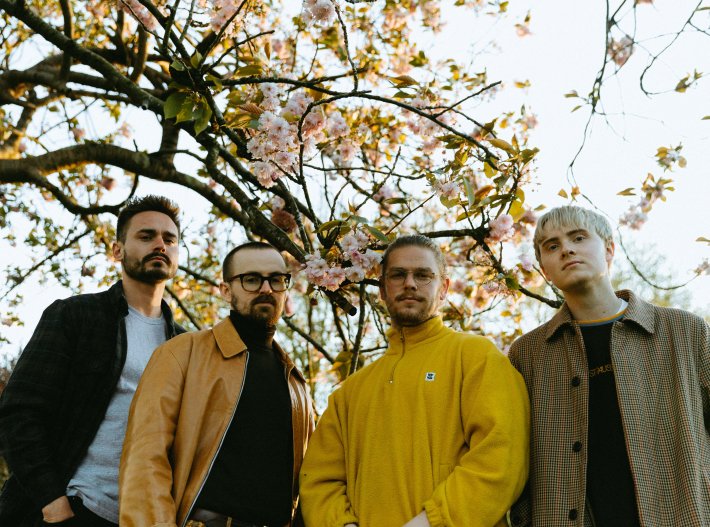 Following on from a string of dynamic releases over the last year, Bristol-based outfit Make Friends have now made their triumphant return with the new single 'Fever'.

Lifted from their forthcoming new EP 'Is This Real', which lands on the 26th November, 'Fever' sees the four-piece returning in fine form. Continuing their pursuit of warm and entrancing indie-pop tropes, this new offering delivers a firm and dreamy aesthetic that is simply impossible to ignore.

So with the new single available now, we sat down with the band's guitarist Connor Crabb to find out more about his background and what has inspired him most over the years.

The guitar, but specifically the Fender Jazzmaster. Worth every penny and more.

I was brought up on Radiohead, REM, The Cure, The Police, which took me a while to come around to in my own time but I think was an undeniable influence in how I approached writing parts on the guitar, and a general draw to accessible alternative music. I think hearing bands like Nirvana and Pearl Jam when I was about 9 or 10 was the first time I can recall getting actually excited about music though.

Hot Fuss by The Killers. I think as an album, it’s reasonably timeless. Like it could drop today and probably still have the same impact.

It’s a question with too many answers, but a song I’ve always been enamoured with, particularly in a lyrical context, is Alt J’s Hunger of the Pine. There’s a lot of subtle contrast throughout, like comparing two hearts as chainmail to knight armour. I also think HOTP is a great example of the freedom granted to a band once they’re more established to indulge in a slow-build, rather than instant hooks that you would have found in their earlier work. Cracking track.

I find it helps to give yourself the necessary headspace, free of distraction. I think reading helps too. Sometimes just fannying about with some pedals can take you out of your comfort zone and lead to something special.

Throughout the year I’ve been rotating Babeheaven and Arlo Parks’ debuts, Ben Howard’s most recent album, and very recently, Westerman’s debut that was out last year. A couple of bands a little under the radar that I’m really excited about are Junodream and Febueder, two very promising acts. Also got a bit of a soft spot for Laurel, she’s great.

Would be an honour to support Foals. Been a huge fan since Antidotes, and it’s been great to see them grow into one of the most ferocious live acts that the indie scene has had to offer.

I’m not sure there’s anything better than playing to a room full of people, everyone vibing and having a boogie. It’s something we’ve really missed over the last year and a half so it’s like a fever dream getting back to it. We’ve also had some really touching messages where people have said that certain songs of ours have helped them through rough times, which means the world.

The unpredictability of writer’s block, that’s probably been more volatile due to the times. You can form good habits and give yourself a fighting chance, but it’s not something you can just chip away at mindlessly and come out with any kind of result unfortunately. When inspiration does finally hit though, it’s worth the wait.

Lean your guitar against a surface string side down. I’ve had far less chips in mine since.

Make Friends' new single 'Fever' is available to stream now. Check it out in the player below.

2 days 8 hours ago Following on from the release of her highly-praised sophomore LP 'Dream Girl' in 2019, Anna Of Th

2 days 8 hours ago After delighting us with a warm and alluring array of releases these last few months, emerging ou