His new single 'Redemption' is out now 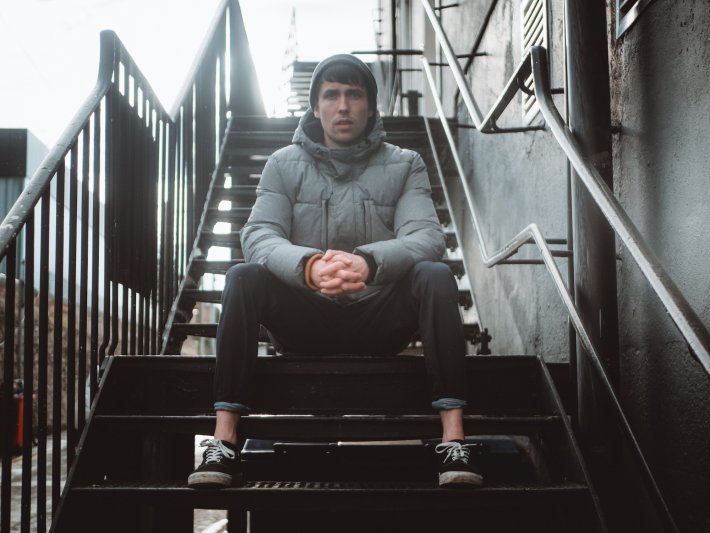 After the enormous success and praise he garnered for his stunning debut single 'Obey' last year, fast-rising Irish singer and songwriter Marcus has now returned with his equally breath-taking new delight 'Redemption'.

Channelling a bright and uplifting direction throughout, 'Redemption' sees him in a far more humbled light. With his beautifully textured voice layered amongst a broad and captivating array of laid-back production, it feels like this is the start of something very special for the artist at the helm.

The first instrument I fell in love with was the guitar. My Dad taught me to play it when I was a kid. I still write a lot of music on the guitar and play it to relax too.

I used to listen to bands like Sum41 and Blink 182 when I was a kid. As I got a little older I began listening to hip hop, guys like Nas and Mos Def.

I remember being the proud owner of Hybrid Theory by Linkin Park. That album is wild. I used to have the cover stuck on my wall.

Black Flies by Ben Howard. I think the chorus is really strong. I can remember seeing a live version on YouTube a few years ago and thinking “man, I wish I wrote that hook.” The lyrics and melody are really good.

Yeah, for sure. I find it easier to write music if I have been meditating beforehand. I think it encourages flow state. I don’t have any set way of writing music, I just do whatever feels natural. Sometimes I’ll have an idea for a hook when I’m on the bus or something and I’ll save it as a voice note and come back to it later.

Kendrick Lamar would be a great one. I went to see him in Dublin a couple of years ago when James Blake was opening for him. The place was sold out and the energy was insane. I'd love to play in that venue too, the 3 arena. It's not far from where I live and I used to work there as a bartender, so it would be an incredible place to play.

Seeing your music resonate with people who you’ve never met is incredibly rewarding. I’ve gotten some lovely messages over the last year and it's a great feeling.

Sometimes searching for the right sound in the studio can be frustrating. There are so many variables and I’m pretty wet behind the ears when it comes to production. I’ve been lucky enough to work with some great producers so that hasn’t been a major issue. It’s all part of the game I guess.

I remember I played an open mic in London before and nobody was listening to me. The organiser came up to me afterwards and told me not to take it to heart and to keep it up. Maybe he was just being polite, but it was what I needed to hear at the time.

Marcus' new single 'Redemption' is available to stream now. Have a listen to it in the player below.

4 hours 31 min ago Following on from the rapturous praise for their brilliant debut LP 'Home For Now' in 2020, Babeh

1 hour 39 min ago Following on from the release of their stunning debut album 'Pleasure Ride' in 2020, British-Amer